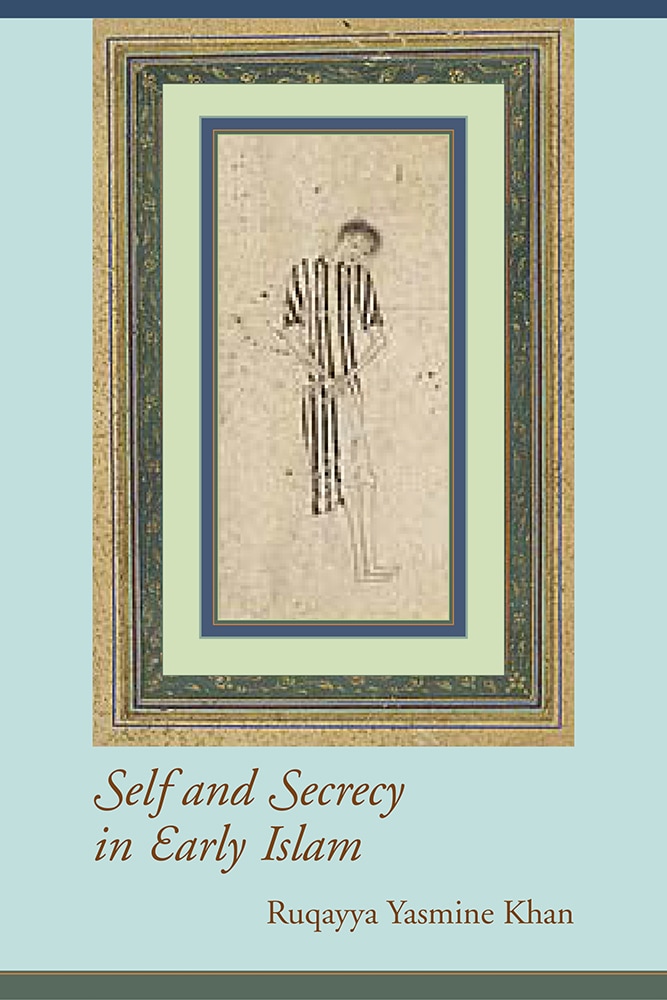 Self and Secrecy in Early Islam

In this comparative analysis of the significance of keeping and revealing secrets in early Islamic culture, Ruqayya Yasmine Khan draws from a broad range of Arabo-Islamic texts to map interconnections between concepts of secrecy and identity. In early Islamic discourse, Khan maintains, individual identity is integrally linked to a psychology of secrecy and revelation—a connection of even greater importance than what is being concealed or displayed. Khan further maintains that secrecy and identity demarcate boundaries for interpersonal relations when governed by the cultural norms of discretion espoused in these texts.

As evidence for her study, Khan explores religious and literary representations of secrecy in classical texts as diverse as the Qur'an, the Book of Concealing the Secret and Holding the Tongue by al-Jahiz, and courtly love poems, including the story of Majnun and Layla. These works represent divergent approaches to spiritual, ethical, and romantic life in early Islam; yet Khan extrapolates from each a shared construction of secrecy and revelation.

In advancing our understanding of the dynamic tensions between secrecy and revelation as depicted in these early Arabo-Islamic discourses, Khan illustrates that the creation of individual identity and subjectivity was inherently tied to these same tensions. The resulting analysis opens new vistas for understanding the meanings of secrecy in Islamic studies, Qur'anic studies, Islamic philosophy and mysticism, Arabic literary studies as well as European intellectual history.

"Self and Secrecy in Early Islam explores the dynamic tension of veiling and revealing as expressed in a wide range of classical Arabic texts, both religious and literary. Ruqayya Khan moves with ease and grace from discussions of the Qur'an to courtly love poetry as she illustrates this tension and its inherent relationship to ideas of identity and self awareness."—Omid Safi, author of The Politics of Knowledge in Premodern Islam

"Ruqayya Khan surveys a diverse collection of important early Arabic texts in which notions of secrecy and revelation can be interpreted as markers of individual identity. Her comparative approach incorporates materials from sacred scripture to secular love stories and allows for the significant contrast of each, particularly in light of modern psychology. Khan's deft interdisciplinary analysis is a welcome addition to Islamic and Arabic scholarship."—Th. Emil Homerin, author of 'Umar Ibn al-Fârid: Sufi Verse, Saintly Life

"Self and Secrecy in Early Islam is a remarkable and original work that draws upon myriad original language Arabic sources, analyzing them through insights from contemporary critical theory and psychoanalytic theory. Khan's work is a significant contribution to Qur'anic studies, to the study of Arabic literature, and more broadly to the conceptions of self in psychological and religious studies."—Frederick S. Colby, author of Narrating Muhammad's Night Journey: Tracing the Development of the Ibn 'Abbas Ascension Discourse