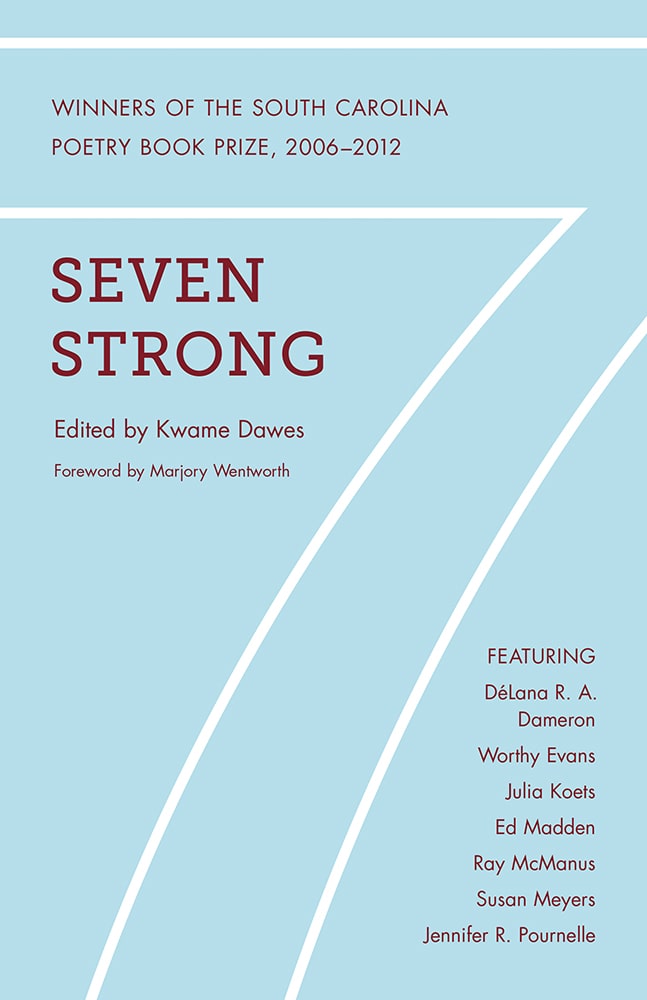 A collaboration between the South Carolina Poetry Initiative and the University of South Carolina Press, the South Carolina Poetry Book Prize is a celebration of accomplished and emerging poets linked together by their shared associations with the Palmetto State. Published on the seventh anniversary of this award series, Seven Strong features selections from the winning poets to date—Susan Meyers (2006), Ed Madden (2007), Ray McManus (2008), DeLana R. A. Dameron (2009), Worthy Evans (2010), Jennifer R. Pournelle (2011), and Julia Koets (2012)—with an introduction by editor Kwame Dawes and a foreword by South Carolina poet laureate Marjory Wentworth. Representing some of the best and brightest among South Carolina's large population of poets, these writers offer compelling vantage points on themes of identity, memory, history (both social and personal), race, gender, and community. What emerges most clearly from this collection is a sense of the creative arts as grounded in connections to place. Be those locations real or imagined, local or far-flung, in the verses collected here, place—like the poets themselves—is always provocatively authentic. Seven Strong is then a road trip for us of the most enjoyable sort, with seven distinctive guides and a landscape that stretches from quirky to cantankerous, mournful to marvelous, but we never lose sight of South Carolina in the rearview mirror.

The former director of the South Carolina Poetry Initiative, Kwame Dawes is a prolific author and editor with publications in many genres. He has written sixteen collections of poetry, most recently Back of Mount Peace and Wheels. Dawes won an Emmy Award for his poetry and reporting on HIV/AIDS in his native Jamaica, and he is also the recipient of a Pushcart Prize, the Forward Poetry Prize, and the Hollis Summers Poetry Prize. Dawes is the Glenna Luschei Editor of Prairie Schooner and a Chancellor's Professor of English at the University of Nebraska–Lincoln.

"The work written by these seven poets both proves and shatters the notion of a southern aesthetic. These are strikingly distinctive voices, but the fact that they come from this state reminds us that ideas of what is southern and what is South Carolinian have to be constantly reassessed, and these poets are wonderfully different in their interests and focus."—Kwame Dawes, from the introduction