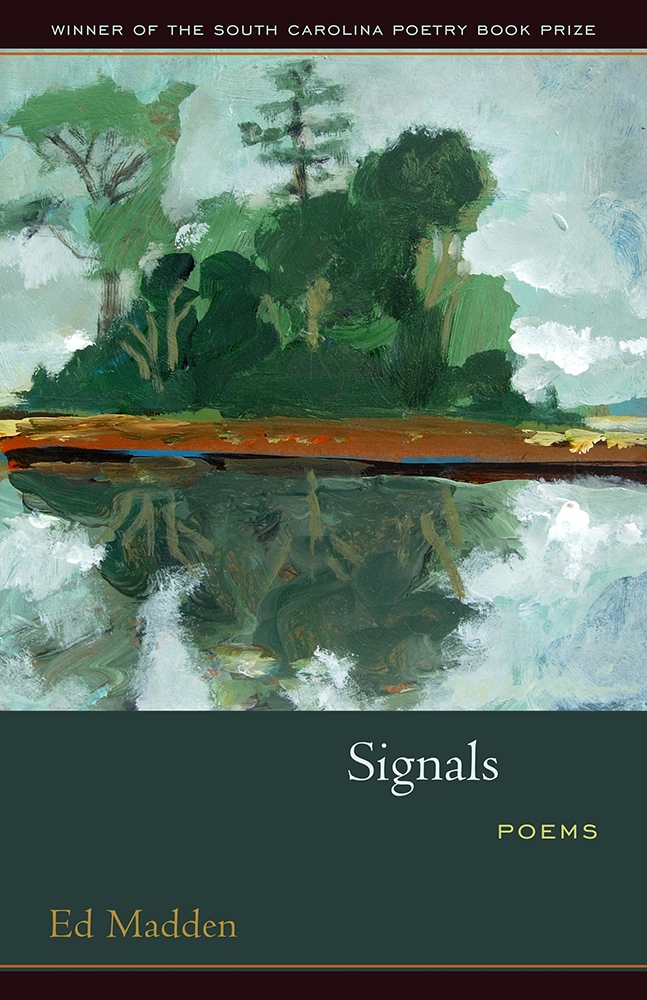 Selected by Afaa Weaver as the third annual winner of the South Carolina Poetry Book Prize, Signals is the first book-length collection from Ed Madden. Deeply rooted in the recognizable landscapes and legacies of the American South, these lyric poems couple daring engagements in topics of race and sexuality with tender reflections on personal and cultural histories. Madden's adopted home of South Carolina rises to the surface in poems set at Folly Beach, Fort Moultrie, Lake Keowee, and Middleton Place. His interrogations of social oppression conjure the ubiquitous iconography of the bygone Confederacy, a first encounter with the miniseries Roots, and a cameo appearance by Strom Thurmond. In the collection's central section, Madden turns to issues of sexual difference, community formation, and the place of gay men in contemporary Southern culture. Throughout Madden repeatedly turns to the artifacts that demarcate his memories of youth in the rural South to ask how we define home, how we form meaning out of the silences and losses of the past, and what rituals and relationships might sustain us as we inch forward across a rough terrain of shifting emotional and moral challenges.

Ed Madden is an associate professor of English and associate director of Women's and Gender Studies at the University of South Carolina as well as writer in residence at the Riverbanks Botanical Gardens in Columbia, South Carolina. He earned his B.A. in English from Harding University in Searcy, Arkansas, a B.S. in biblical studies from the Institute for Christian Studies in Austin, Texas, and his M.A. and Ph.D. degrees in English from the University of Texas at Austin. Madden is the author of Tiresian Poetics and coeditor of Geographies and Genders in Irish Studies. His essays on politics and Southern culture have appeared in many newspapers and journals and been featured on NPR. He was selected by editor Natasha Trethewey for inclusion in the anthology Best New Poets of 2007.

"Signals calls us to consciousness in a natural world that is at once quietly witness to our loves and losses and yet always as urgently and insistently alive as we are. Ed Madden, as with any of our most necessary poets, locates us plainly in this conflicted Eden, this garden of the reverent imagination—greatest of creations and, perhaps, if we fail to mind and tend it, ultimately our undoing. He interprets with wonder and sobering wisdom even the slightest marks we leave behind."—Rafael Campo, author of The Enemy and The Healing Art: A Doctor's Black Bag of Poetry

"Signals combines a matter-of-fact lyrical eye with a view to harder social realities, and there is a consistency in the collection, a working with and around couplets and tercets, a sparseness that seems to match an arid landscape, a place where one searches for hope. This collection bears the evidence of a high level of craft alongside a concern for what goes on in our lives."—Afaa Weaver, author of The Plum Flower Dance: Poems, 1985–2005, from the foreword