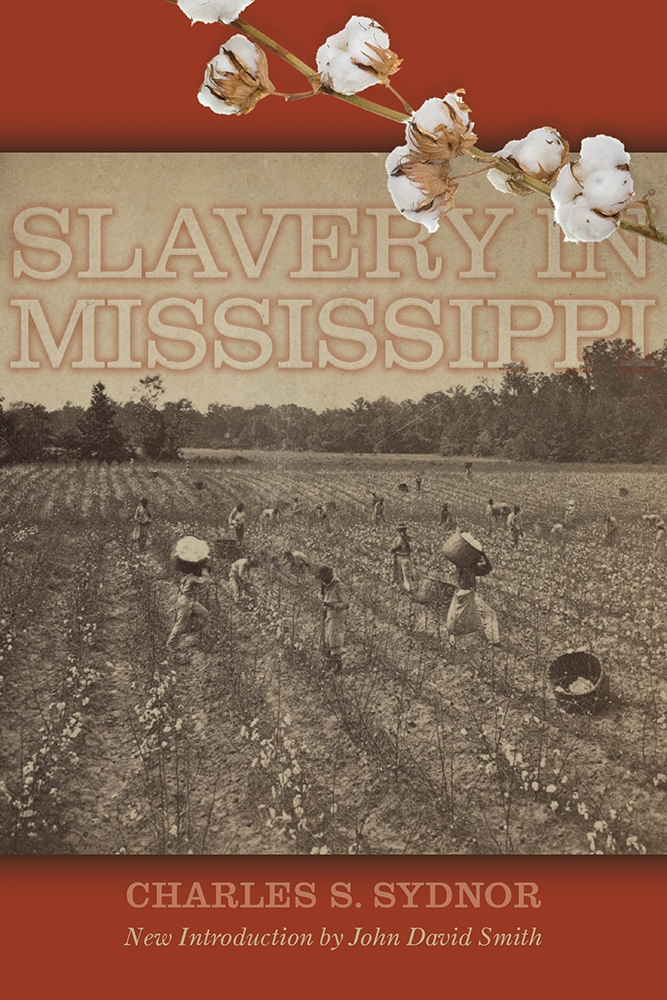 Slavery in Mississippi, first published in 1933, is a deeply researched and tightly argued social and economic study of slave life in Mississippi by Charles S. Sydnor (1898-1954). Inspired by Ulrich B. Phillips's American Negro Slavery (1918) and Life and Labor in the Old South (1929), Sydnor strived to test Phillips's contention that slavery was simultaneously a benign institution for African American slaves and an unprofitable one for their masters.

Sydnor included path-breaking chapters on such broad scholarly topics as slave labor, slave trading, and the profitability of slavery, but he also examined in depth slave clothing, food, shelter, physical and social care, police control, slave fugitives, and punishments and rewards. More thorough than many previous historians, Sydnor examined how slavery "worked" as a social and economic system—how slaves actually lived, how planters bought, cared for, controlled, hired out, and sold their human property.

Historian John David Smith's new introduction to this Southern Classic edition frames the original text within the scholarship on slavery in the interwar years, presents its arguments, chronicles its reception by white and black critics, and highlights the ongoing debates about slavery, especially on the profitability of slavery and the conditions of slave life sparked by Sydnor's influential book.


Charles S. Sydnor was ranked as one of his generation's leading Southern historians, and in 1939 his peers elected him president of the Southern Historical Association. In 1950–1951 Sydnor held the Harmsworth Lectureship in American History at Oxford University. Some of his publications include The Development of Southern Sectionalism, American Revolutionaries in the Making, and Gentleman Freeholders.

John David Smith is the Charles H. Stone Distinguished Professor of American History at the University of North Carolina at Charlotte. He is the author or editor of more than two dozen books, including An Old Creed for the New South, Black Judas: William Hannibal Thomas and The American Negro, and Lincoln and the U.S. Colored Troops.