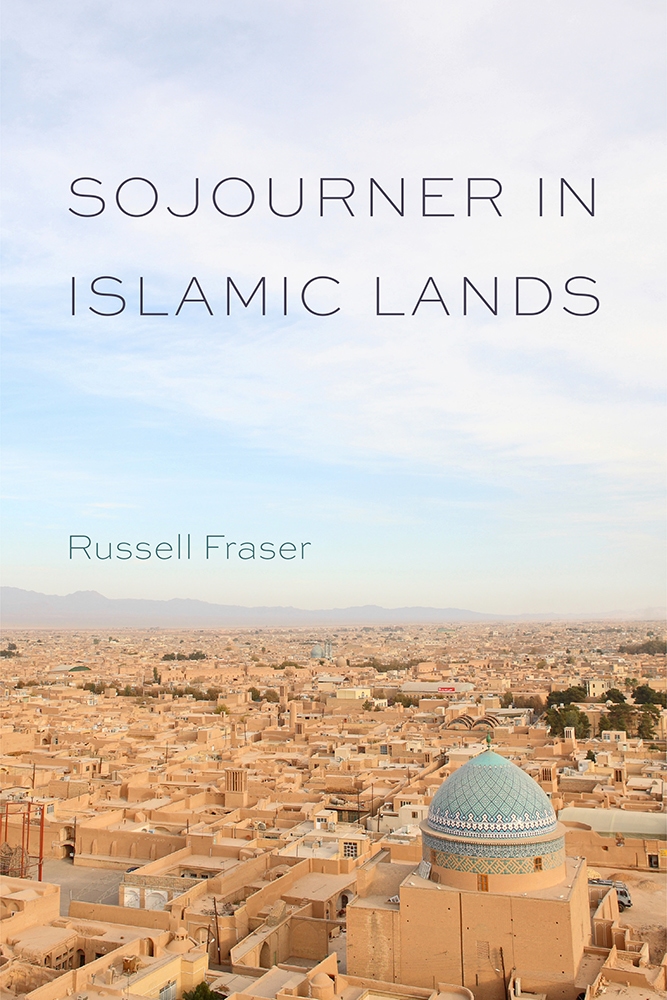 Sojourner in Islamic Lands takes us on a journey from Kazakhstan in the far north of Central Asia, across the mountains to the former Soviet Union, then south to Iran just below the Caspian Sea. Russell Fraser follows the ancient Silk Road wherever possible. For centuries the Silk Road was the primary commercial link between Europe and Asia, with much of it over desert sands and accessible only by camel. Building on history and personal experience, Fraser's narrative describes this vast territory with an eye to geography, artistic culture, and religion over more than two thousand years.

The book that he gives us depends first of all on travel, but the author's eye is on an interior landscape, and he focuses on the influence of religious ideology on the cultural landscape of Central Asia. Delving deeply into art and architecture, he takes them to be Islam's most significant creative expressions. Although Islam is currently the predominant religion in the region, the book also examines the two other belief systems with modern-day followers—Christianity and an antireligious sect Fraser calls secular progressivism.

His aim is to present Islam to Western readers by describing its achievements during the High Middle Ages and comparing and contrasting them with those of modern Islam. The book offers insights into the history of a major world religion through the eyes of a well-known literary scholar on a journey through exotic parts of the world. He steeps us in the latter, inviting the reader to share the journey with him and participate in the sensations it gives rise to.


Russell Fraser is the Austin Warren Professor of English Language and Literature Emeritus at the University of Michigan. The author or editor of twenty books including From China to Peru: A Memoir of Travel, also published by the University of South Carolina Press, Fraser lives in Honolulu, Hawaii, with his wife, Mary.

"Most of the names of places, legendary people, and historic events in Sojourner In Islamic Lands, Russell Fraser's new book, were as unknown to me as why God created joy and evil, but it didn't take Fraser very long to convince me to pay attention. He knows the Islamic culture, secret and not so secret, innocent and not so innocent, and he knows how to make his travels, observations, and judgments an amazing lens for discovery. This is a travel narrative through the mysteries and histories of Islamic peoples as he felt them on the pulse of his traveling. The book is a wonderful guide to what's happened in the last fifty years of interaction between the West and Islam and, so, a necessary read for what lies ahead for all of us. But the real reason I love this book is its spicy, saucy, smart way of saying. Fraser has bite and the best kind of common sense, a way of rewarding readers with sentences so alive they have blood pressure. You may read this book happily without a fig's care for geopolitics. It's a delight, truly."—Dave Smith, Writer-in-Residence, University of Mississippi