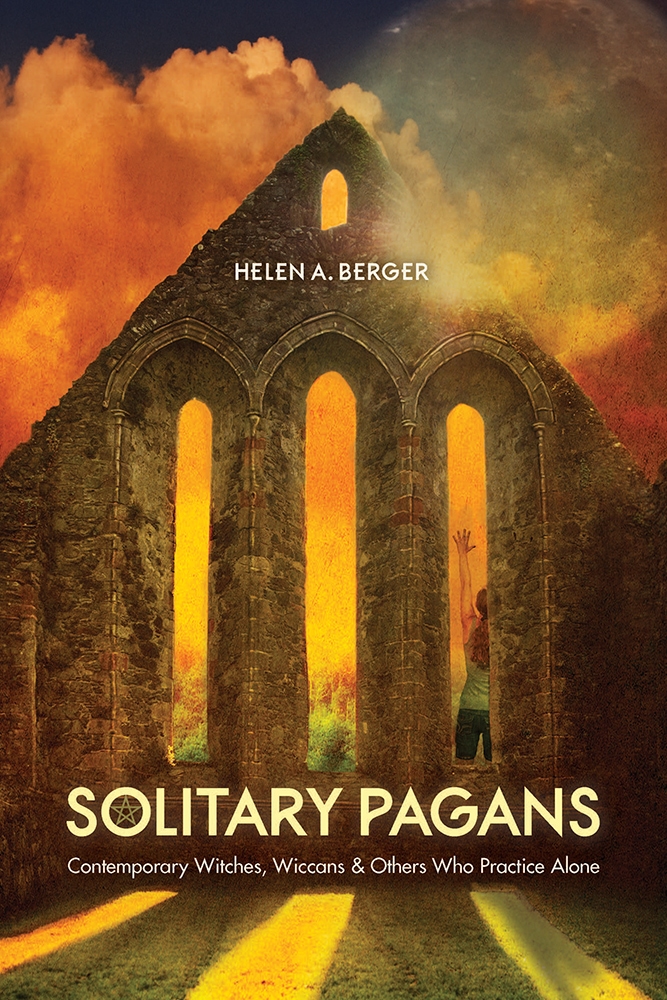 Contemporary Witches, Wiccans, and Others Who Practice Alone

Solitary Pagans is the first book to explore the growing phenomenon of contemporary Pagans who practice alone. Although the majority of Pagans in the United States have abandoned the tradition of practicing in groups, little is known about these individuals or their way of practice. Helen A. Berger fills that gap by building on a massive survey of contemporary practitioners. By examining the data, Berger describes solitary practitioners demographically and explores their spiritual practices, level of social engagement, and political activities. Contrasting the solitary Pagans with those who practice in groups and more generally with other non-Pagan Americans, she also compares contemporary U.S. Pagans with those in the United Kingdom, Australia, and Canada.

Berger brings to light the new face of contemporary paganism by analyzing those who learn about the religion from books or the Internet and conduct rituals alone in their gardens, the woods, or their homes. Some observers believe this social isolation and political withdrawal has resulted in an increase in narcissism and a decline in morality, while others argue to the contrary that it has produced a new form of social integration and political activity. Berger posits the implications of her findings to reveal a better understanding of other metaphysical religions and those who shun traditional religious organizations.

Helen A. Berger is a resident scholar at the Women's Studies Research Center at Brandeis University and emerita professor of sociology at West Chester University of Pennsylvania. She is the author of A Community of Witches: Contemporary Neo-Paganism and Witchcraft in the United States and coauthor of Voices from the Pagan Census: A National Survey of Witches and Neo-Pagans in the United States and Teenage Witches: Magical Youth and the Search for the Self.

"Helen Berger has produced a first-rate study of the most important form of modern Paganism, making her the leading authority upon it."—Ronald Hutton, University of Bristol

"Once more, Berger's formidable work provides important insight for those who study the contemporary Pagan religious movement. Scholarship to date has all but ignored the elephant in the room—the fact that most Pagans are solitary. Berger gives us the best available description of what is an often-hidden, regularly-misunderstood, population. The newly-published "Solitary Pagans" is an outstanding resource, not only for Pagan scholars, but also for Pagan and interfaith seminarians, chaplains and spiritual care workers."—Holli Emore, M.Div., Executive Director of the Cherry Hill Seminary

"This authoritative survey of contemporary paganism combines sympathetic portrayal with rich new data. It highlights neglected themes like the importance of solitaries and eclectics. It will be the new reference point for anyone interested in this rapidly-growing religious milieu."—Linda Woodhead, Research Fellow, Stanford University; Lancaster University

"Solitary Pagans is a welcome, and needed, follow-up to Helen A. Berger's The Voices of the Pagan Census (2003). It reports on Berger's impeccable and detailed "The Pagan Census Revisited" and her cogent analysis in accessible and beautifully written prose. This book should be owned and read by scholars of religions in America, new religions studies, and contemporary Pagan studies. It needs to be in every university and college library."—Catherine Wessinger, Rev. H. James Yamauchi, S.J. Professor of the History of Religions, Loyola University

"No one has done more than Helen Berger to provide statistical evidence for the most significant trends in twenty-first century Paganism and sensitive portraits of individual Pagans' lives. Solitary Pagans offers a compelling argument that from voting to recycling, these solitary religious practitioners, instead of being civically disengaged, are more politically active than the average American."—Sarah M. Pike, author of Earthly Bodies, Magical Selves: Contemporary Pagans and the Search for Community

"Specialists in the study of modern Paganism should read Solitary Pagans, which will also appeal to sociologists interested in American religion and the transformations it is presently undergoing."—Nova Religio

"Solitary Pagans represents the most up-to date, comprehensive picture of the Pagan community and is an important read."—Sociology of Religion