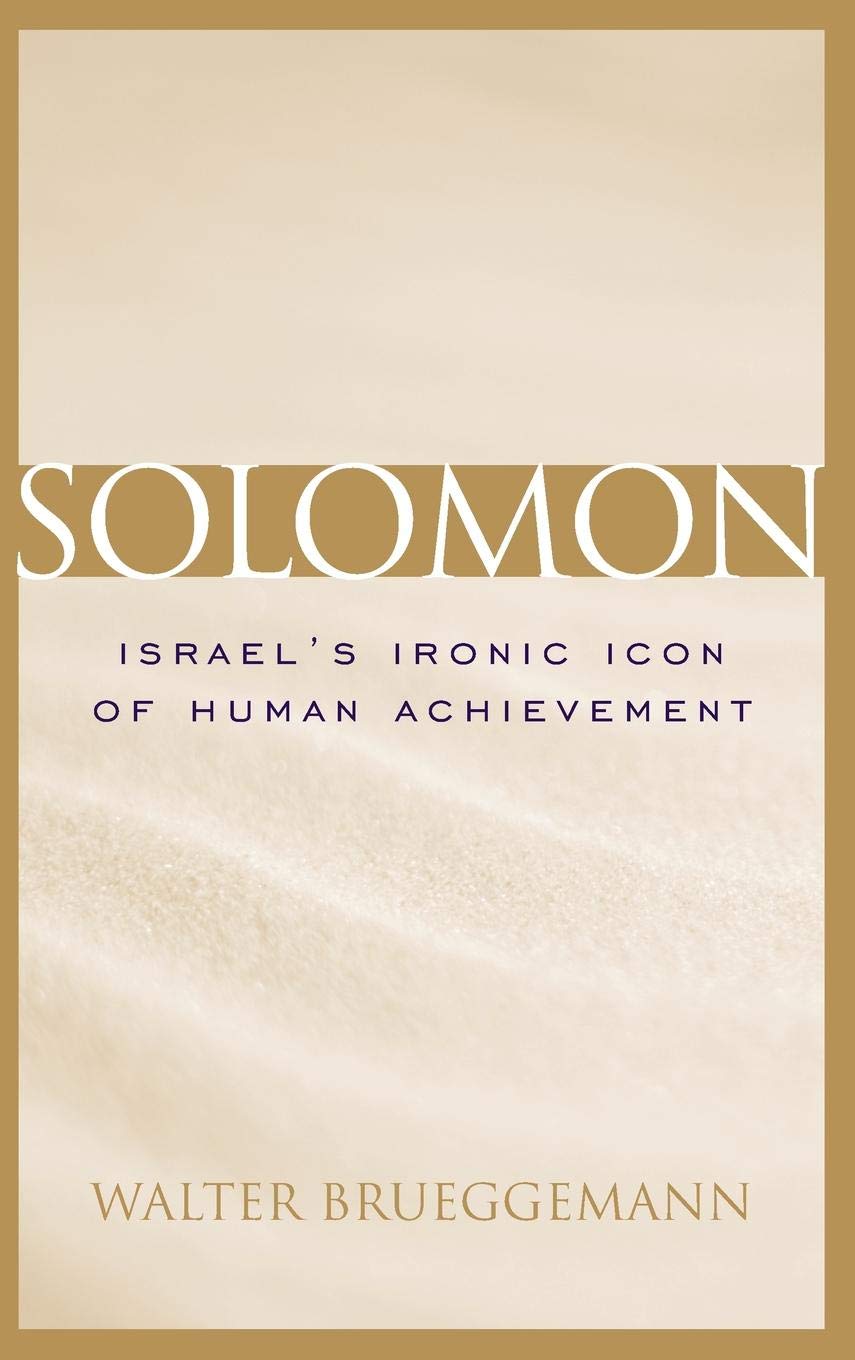 The paradox of celebrating the wealth, wisdom, and power of Solomon

In this study of Solomon and his place in the larger consciousness of Israel, Walter Brueggemann considers what Old Testament narratives regarding David's heir reveal about the aspirations and ideals of the ancient Israelite people. On the supposition that figures of legend and lore disclose much about the societies celebrating them, Brueggemann examines assertions about Solomon, a man praised for his wealth, wisdom, and power and depicted as an example of enormous human achievement. Looking beneath the surface of these claims, however, Brueggemann notes that an irony permeates the tradition and invites critique of accepted beliefs. Through close attention to nuances of the biblical text, he exposes the competing interpretive voices that claim to offer a reliable rendering of Solomon.

Brueggemann shows how the tradition of Solomon becomes an arena for interpretive contestation in Israel and suggests that the text makes available not historical reportage but a conflicted pluralistic attempt to sort out the reality of human power in the matrix of covenantal faith.

Beyond the primary narrative of 1 Kings 3-11, Brueggemann evaluates the derivative traditions of Solomon in Ecclesiastes, the Song of Solomon, the Wisdom of Solomon, and some of the Psalms. He also considers references to Solomon in the New Testament and in extrascriptural traditions connected with and attributed to him.


Walter Brueggemann is the William Marcellus McPheeters Professor Emeritus of Old Testament at Columbia Theological Seminary in Decatur, Georgia. One of the most distinguished Old Testament scholars writing in English, he is a past president of the Society of Biblical Literature and a widely published authority on interpretive and hermeneutical matters. Brueggemann is an ordained pastor in the United Church of Christ.

"We are living in a time when political figures are explicitly linked with issues of faith and religion, with several interpretations (including ironic ones) made available to the public. This reality coheres with the way in which King Solomon is presented by various Old Testament traditions, viewing the king from several different perspectives, positively and negatively, in both subtle and straightforward ways. Walter Brueggemann is an excellent guide through these texts, with a sophisticated and learned eye to their theological import and their generative capacity for ongoing acts of interpretive imagination."—Terence E. Fretheim, Elva B. Lovell Professor of Old Testament, Luther Seminary

"Rarely has the figure of Solomon been uncovered in so thorough a fashion as happens in this comprehensive study. Not only does the author examine the connections of Solomon to Psalms, wisdom, and the Song of Songs, as well as his place in the New Testament—something not often noticed—he shows the significant impact of Solomon on Muslim and Ethiopic traditions and even on the much later phenomenon of Freemasonry. Brueggemann's ironic lens is a major and definitive contribution to the interpretation of this controversial biblical figure."—Patrick D. Miller, Charles T. Haley Professor of Old Testament Theology, Princeton Theological Seminary