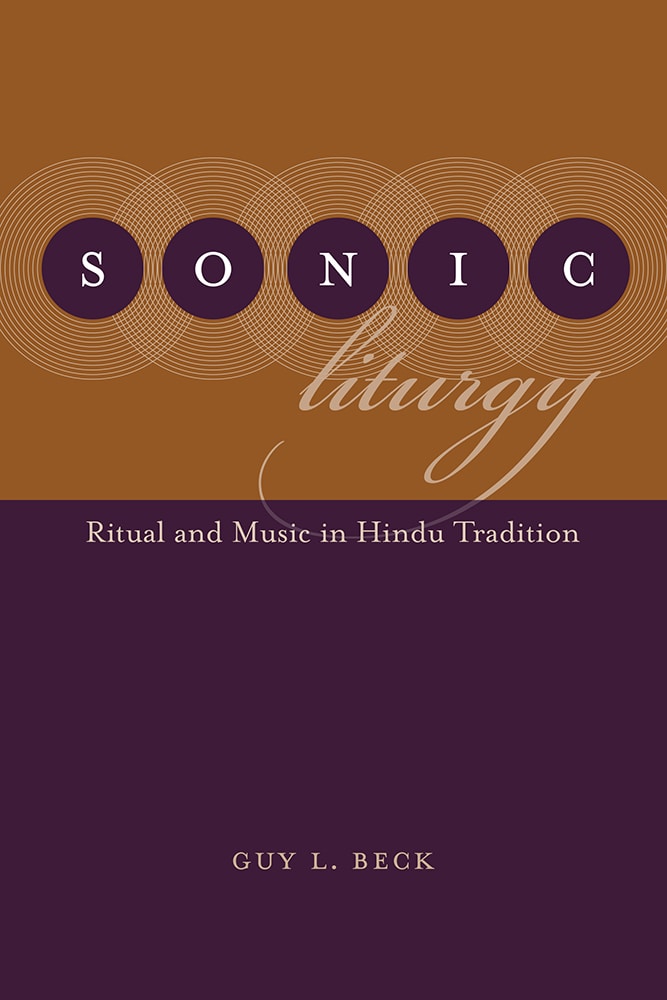 Ritual and Music in Hindu Tradition

Sonic Liturgy: Ritual and Music in Hindu Tradition builds on the foundation of Guy L. Beck's earlier work, which described the theoretical role of sound in Hindu thought. Sonic Liturgy continues the discussion of sound into the realm of Hindu ritual and musical traditions of worship.

Beginning with the chanting of the Sama-Veda alongside the fire sacrifices of the ancient Indo-Aryans and with the classical Gandharva music as outlined in the musicological texts of Bharata and Dattila, Beck establishes a historical foundation for an in-depth understanding of the role of music in the early Puja rituals and Indian theater in the vernacular poetry of the Bhakti movements in medieval temple worship of Siva and Vishnu in southern India, and later in the worship of Krishna in the northern Braj region. By surveying a multitude of worship traditions, Beck reveals a continuous template of interwoven ritual and music in Hindu tradition that he terms "sonic liturgy," a structure of religious worship and experience that incorporates sound and music on many levels.

In developing the concept and methods for understanding the phenomenon of sonic liturgy, Beck draws from liturgical studies and ritual studies, broadening the dimensions of each, as well as from recent work in the fields of Indian religion and music. As he maps the evolution of sonic liturgy in Hindu culture, Beck shows how, parallel to the development of religious ritual from ancient times to the present, there is a less understood progression of musical form, beginning with Vedic chants of two to three notes to complicated genres of devotional temple music employing ragas with up to a dozen notes. Sonic liturgy in its maturity is manifest as a complex interactive worship experience of the Vaishnava sects, presented here in Beck's final chapters.


Guy L. Beck is the author of Sonic Theology: Hinduism and Sacred Sound and editor of Sacred Sound: Experiencing Music in World Religions. A U.S. Fulbright-Nehru Senior Research Fellow, Beck has spent more than six years in India studying Hinduism and music, and he has written extensively on the role of sound and music in Indian traditions. He has also learned the art of classical Hindustani vocal music from distinguished exponents in India and has recorded two audio CDs, as well as given numerous lectures and concerts in both India and the West. Beck teaches religion and music at Tulane University and the University of New Orleans.

"An informative, thorough, and insightful successor and companion to Beck's earlier book, Sonic Theology, on the theory of sound and music and its relationship to religious ideas, his current study turns to the sacred function of sound and music in Vedic and sectarian Hindu ritual and devotional praxis. With this book on sonic liturgy, scholars of religion will learn much about the history and function of scared music in India; scholars of music will learn much about Vedic and Hindu religious ideas, perspectives and practice; and scholars in liturgical studies have an excellent resource for their understanding of this important relationship between religion and music in India."—William K. Mahony, Charles A. Dana Professor of Religion, Davidson College