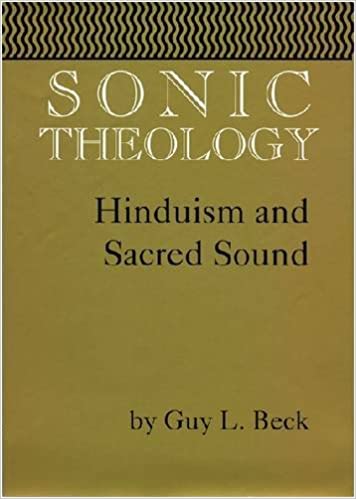 The Hindu world is permeated by sound: drums, bells, gongs, cymbals, conches, flutes, and an array of vocalizations play a central role in worship. Guy L. Beck contends that the traditional Western focus on Hinduism's visual component has often been at the expense of the religion's most important feature—its emphasis on sound. In Sonic Theology Beck addresses this longstanding imbalance, contending that Hinduism is essentially a sonic theology.
Beck argues that sound participates at every level of the Hindu cosmos. Comparing the centrality of sound in Hindu theology to its place in other religions, Beck raises issues about sound and language that not only reshape our understanding of Hindu worship but also invite a fresh approach to comparative theology.

Guy L. Beck is an assistant professor in the School of Continuing Studies at Tulane University and the editor of Alternative Krishnas: Regional and Vernacular Variations on a Hindu Deity and Sacred Sound: Experiencing Music in World Religions.

"Sonic Theology makes a significant contribution to the ongoing Western understanding of the audible or sonic dimension in Hinduism, and it also provides a welcome corrective in the academy by focusing on sacred sound . . . Sonic Theology has not only tuned itself to the sonic experience in theology, it has struck a note that will reverberate for years to come."—History of Religion