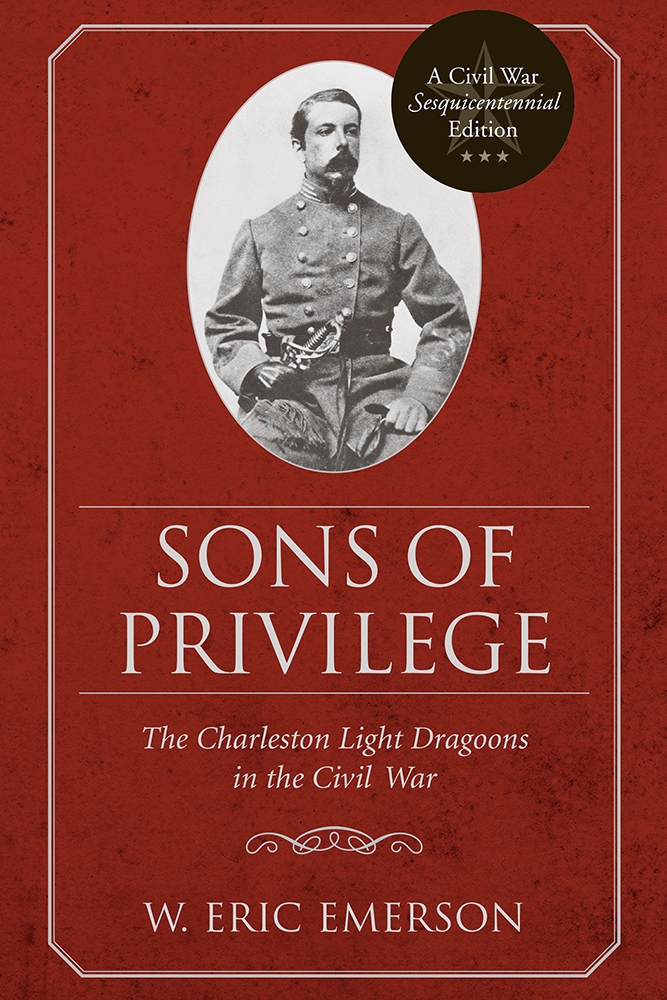 The Charleston Light Dragoons in the Civil War

Sons of Privilege traces the wartime experiences of a unique Confederate cavalry unit drawn together from South Carolina's most prestigious families of planters, merchants, and politicos. Examining the military exploits of the Charleston Light Dragoons, W. Eric Emerson finds that the elite status of its membership dictated the terms of the dragoons' service. For much of the war, the dragoons were stationed close to home and faced little immediate danger. As the South's resources waned, however, such deference faded, and the dragoons were thrust into the bloody combat of Virginia.

Recounting the unit's 1864 baptism by fire at the Battle of Haw's Shop, Emerson suggests that the dragoons' unrealistic expectations about their military prowess led the men to fight with more bravery than discretion. Thus the unit suffered heavy losses, and by 1865 only a handful survived. Emerson tracks the return of the survivors to ruined homes and businesses, the struggle to rebuild lost fortunes, and the resurrection of exclusive social organizations that would separate them from Charleston's more prosperous newcomers. He chronicles efforts of veterans to reestablish the unit and evaluates the influence of writings by survivors on the postwar veneration of the dragoons.

"A valuable addition to the Civil War bookshelf. More than just a unit study, Sons of Privilege goes beyond traditional military history to examine politics, social relations, and economics. Emerson writes well and his lively prose provides the reader with a glimpse of the exclusive realm of the Charleston Light Dragoons."—Civil War History