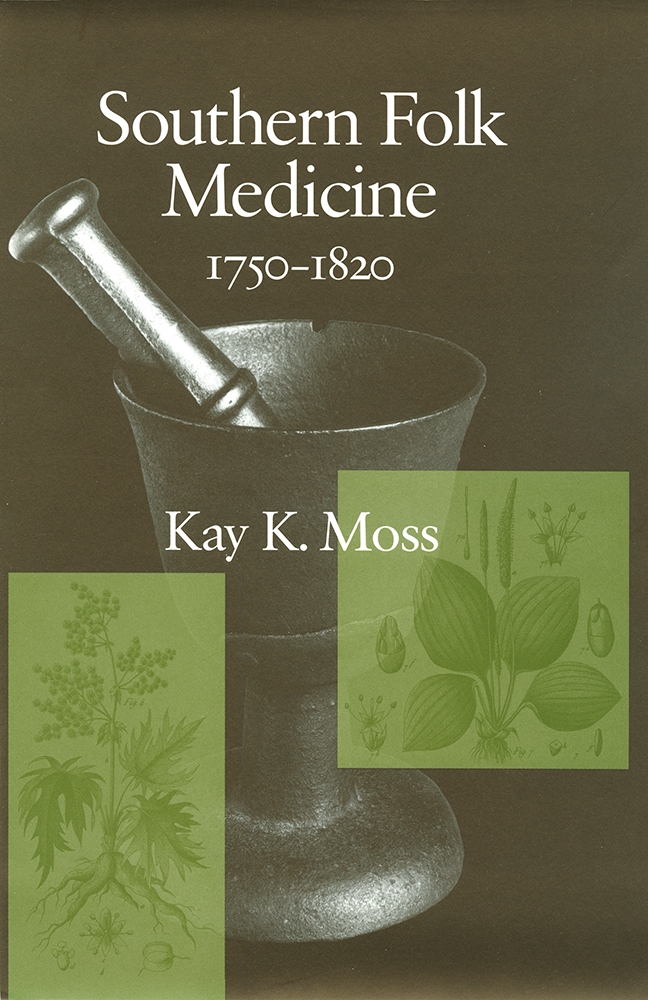 Southern Folk Medicine, 1750-1820 explores methods of cure during a time when the South relied more heavily on homespun remedies than on professionally prescribed treatments. Bringing to light several previously unpublished primary sources, Kay K. Moss inventories the medical ingredients and practices adopted by physicians, herb women, yeoman farmers, plantation mistresses, merchants, tradesmen, preachers, and quacks alike. Moss shows how families passed down cures as heirlooms, how remedies crossed cultural and ethnic boundaries, and how domestic healers compounded native herbs and plants with exotic ingredients. Moss assembles her picture of domestic medical practice largely from an analysis of twelve commonplace books—or repositories of information, medical and otherwise—kept by eighteenth- and nineteenth-century southerners. She reveals that men and women of all social classes collected medical guidance and receipts in handwritten journals. Whether well educated or unlettered, many preferred home remedies over treatment by the region's few professional physicians.

Of particular interest to natural historians, an extensive guide to medicinal plants, their scientific names, and their traditional uses is also included.


Kay K. Moss directed the Eighteenth-Century Backcountry Lifeways Studies Programs at the Schiele Museum of Natural History in Gastonia, North Carolina, for twenty years and continues her research as an adjunct curator. A graduate of Duke University, she is an author of The Backcountry Housewife: A Study of Eighteenth-Century Foods; Decorative Motifs from the Southern Backcountry, 1750–1825; and Journey to the Piedmont Past.

"This is a very interesting and well thought-out book that provides a better understanding of medical beliefs and practices and the role of home remedies in health care from 1750 through 1820 as recorded by Southern whites."—Journal of the American Medical Association

"Fascinating reading for professional historians, as well as a wider audience curious about the struggles of pre-Civil War southerners to deal ith the omnipresent threat of illness and injury. Moss's book has helped to fill a huge gap in our understanding of early Southern medicine and society."—Southern Historian

"An encyclopedic reference. . . . It has many virtues and will find a place as a useful addition to the scholarship."—Journal of Southern History

"As a feature of particular interest to natural historians, Southern Folk Medicine, 1750–1820 includes an extensive alphabetized guide to medicinal plants, their scientific names, and their traditional uses."—McCormick Messenger