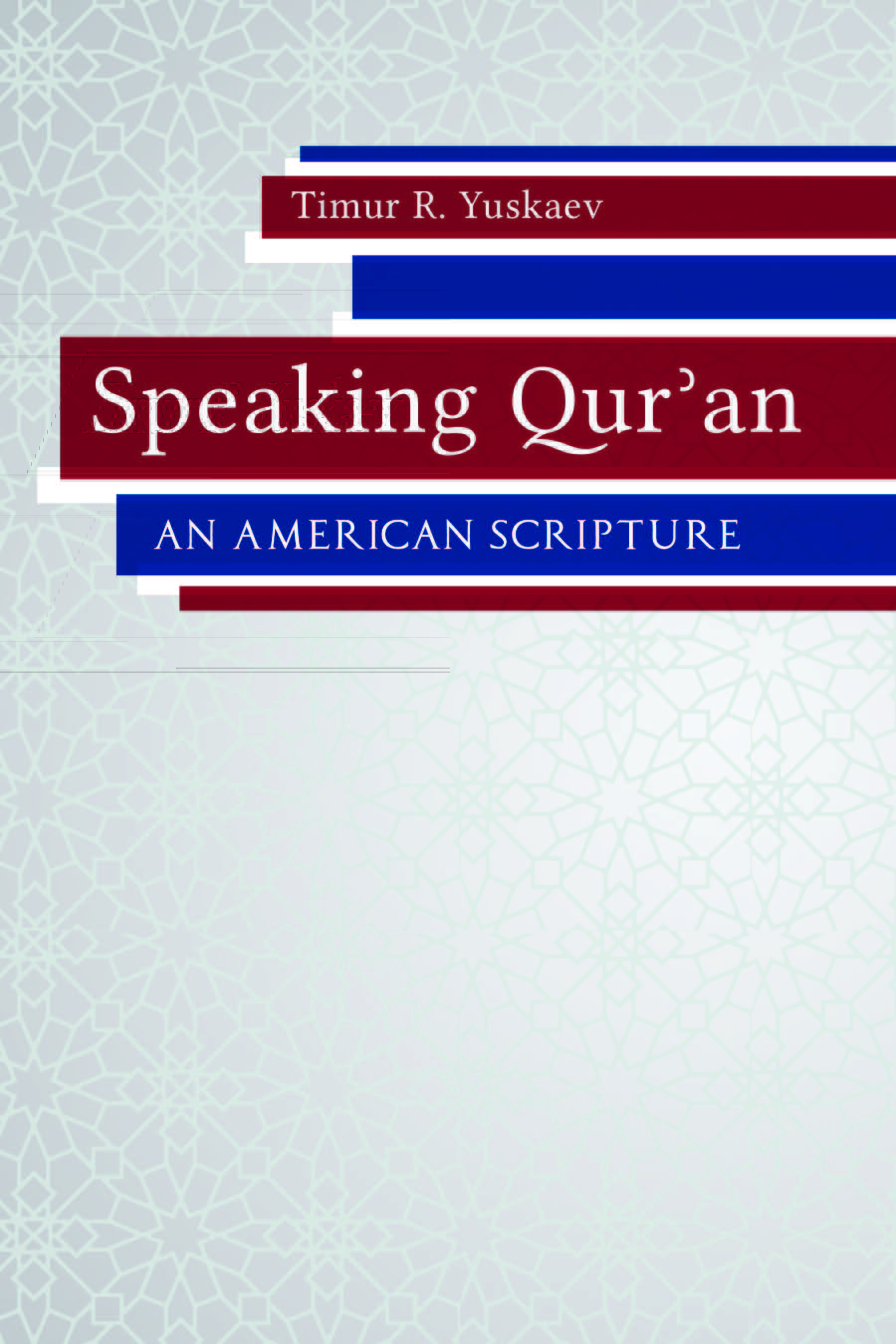 In Speaking Qur'an: An American Scripture, Timur R. Yuskaev examines how Muslim Americans have been participating in their country's cultural, social, religious, and political life. Essential to this process, he shows, is how the Qur'an has become an evermore deeply American text that speaks to central issues in the lives of American Muslims through the spoken-word interpretations of Muslim preachers, scholars,and activists.

Yuskaev illustrates this process with four major case studies that highlight dialogues between American Muslim public intellectuals and their audiences. First, through an examination of the work of Fazlur Rahman, he addresses the question of how the premodern Qur'an is translated across time into modern, American settings. Next the author contemplates the application of contemporary concepts of gender to renditions of the Qur'an alongside Amina Wadud's American Muslim discourses on justice.Then he demonstrates how the Qur'an becomes a text of redemption in W. D. Mohammed's oral interpretation of the Qur'an as speaking directly to the African American experience. Finally he shows how, before and after 9/11, Hamza Yusuf invoked the Qur'an as a guide to the political life of American Muslims.

Set within the rapidly transforming contexts of the last half century, and central to the volume, are the issues of cultural translation and embodiment of sacred texts that Yuskaev explores by focusing on the Qur'an as a spoken scripture. The process of the Qur'an becoming an American sacred text, he argues, is ongoing. It comes to life when the Qur'an is spoken and embodied by its American faithful.


Timur R. Yuskaev is associate professor of contemporary Islam at Hartford Seminary, where he coedits the Muslim World journal and directs programs training American Muslim religious professionals, chaplains, and imams. He holds a Ph.D. in religious studies with specialization in Islamic studies from the University of North Carolina at Chapel Hill.

"Speaking Qur'an helps us understand the central text of Islam as a performance. It is performed by devout American Muslims, scholars and activists, in ways that no one could have imagined before this insightful, expansive analysis. A must read for all who want to engage the Qur'an as a living and embodied authority."—Bruce B. Lawrence, Duke University

"An elegant and nuanced exploration of how a scripture becomes culturally embedded in American society. Both humane and profound, this work illuminates the lived experience of the Qur'an and the intellectual and social currents that have brought it into the United States. Highly recommended as a brilliant lens into the development of Islam as an American faith."—Laurie F. Maffly-Kipp, Washington University in St. Louis

"In this beautifully written and unforgettable book, Timur Yuskaev listens carefully to American Muslims, and what he hears is a living and breathing Qur'an animating a profound search for social justice. Speaking Qur'an is as unique as it is necessary."—Moustafa Bayoumi, author of This Muslim American Life: Dispatches from the War on Terror

"The Qur'an has become an American Scripture, as Timur Yuskaev brilliantly demonstrates in this book. American Muslims are speaking its message and creating a new distinctive voice that is of this land and of the Qur'an at the same time. Yuskaev has written a brilliant work, thick ethnographic description, theoretically sophisticated, and a wonderful addition to the scholarship on the Muslims of America. This is a must read."—Walid Saleh, University of Toronto