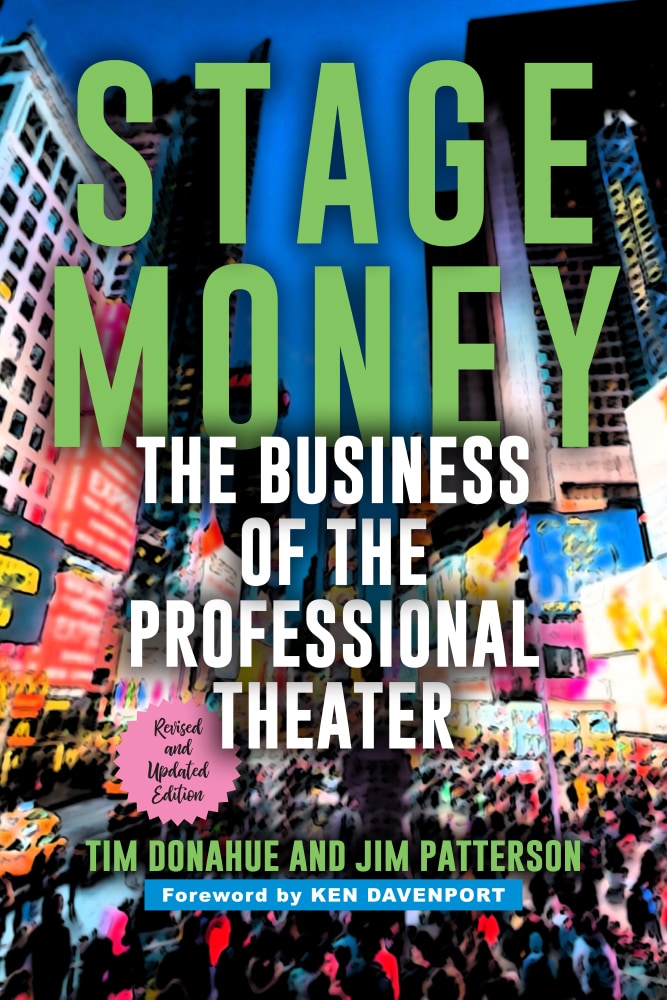 The Business of the Professional Theater

For decades roughly 80 percent of commercial Broadway productions have failed to recoup their original investments. In light of this shocking and harsh reality, how does the show go on? Tim Donahue and Jim Patterson answer this question and many others in this updated edition of their popular, straightforward guide to understanding professional theater finances and the economic realities of theater production.

This revised edition of Stage Money not only includes the latest financial information and illuminating examples of key concepts; it has been enhanced with a discussion of the stagehands' union plus a new chapter on marketing for the theater. These new elements combined with the essentials of the first edition create an expansive overview of the contemporary theater business. Stage Money is designed for theater enthusiasts and professionals interested in understanding the inner workings of this industry today and its challenges for the future.


Tim Donahue holds an M.B.A. from the University of South Carolina, where he retired from the Department of Theatre and Dance as the director of marketing and development. He is the author of Playing for Prizes: America's Award for Best Drama and Best Musical and co-author of Theater Careers: A Realistic Guide, A Concise History of Theatre, and The Enjoyment of Theatre.

Jim Patterson (1935-2020) was Emeritus Distinguished Professor of Theatre at the University of South Carolina and the author of Stage Directing and Theatre in the Classroom: Grades 6–12 and co-author of The Enjoyment of Theatre and A Concise History of Theatre. A member of the Stage Directors and Choreographers Society, Patterson had earned numerous awards for his work as a director and educator.

"Stage Money offers a concise yet deftly drawn introduction to producing professional theater in America. The authors skillfully portray the critical relationship between the commercial and not-for-profit sectors and offer accessible explanations of the often-convoluted financial and artistic machinations that result in a theatrical production."—Steven Adler, author of On Broadway: Art and Commerce on the Great White Way

"The authors of Stage Money illuminate current business models with breathtaking thoroughness and ground their observations in anecdotal evidence as well as facts and figures of budgeting, tax codes, union contracts, ticket pricing, and marketing and publicity concerns."—James Fisher, University of North Carolina at Greensboro