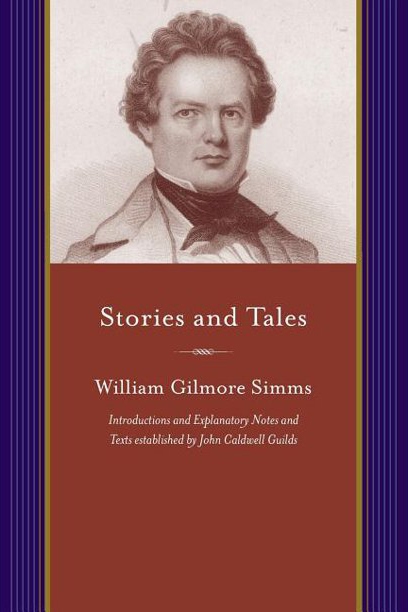 Stories and Tales is Volume V of the University of South Carolina's Centennial Edition of the writings of William Gilmore Simms. This volume contains fifteen stories and tales, chronologically presented, collecting writings from all phases of Simms's career. Stories collected in the Centennial Edition of Stories and Tales are drawn from several magazines, journals, and even one-off printings, as well as from four of Simms's published collections of short fiction. Importantly, none of the stories collected here were included in The Wigwam and the Cabin, a short story collection by Simms. John Caldwell Guilds, the editor of this volume, gathers together many of Simms's lesser-known works in order to call attention to their real significance. Further, Stories and Tales samples from the two broad divisions into which Simms placed his stories: "domestic tales" or "tales of the South," those that have a strong realism and impulse towards specificity in subject matter, and "tales of the imagination," more philosophical or fantastical stories, often influenced by European, and particularly German, romanticism. Of particular note are the final three stories in this volume, "How Sharp Snaffles Got His Capital and Wife," "Bald-Head Bill Bauldy," and "The Humours of the Manager," all of which reveal Simms's talents as a writer of humor and are published here for the first time.

Several of the pieces published in this collection are noteworthy for their interesting textual history. Included in Stories and Tales is "Confessions of a Murderer," a story first published in the Southern Literary Gazette, and later expanded into Martin Faber. This novella was later published in book form as the title story in Martin Faber, the Story of a Criminal; and Other Tales. Stories and Tales presents the 1833 edition of Martin Faber, with extensive explanatory notes showing the differences between it and the 1837 version. Thus, the reader is here presented with the complete textual history of one of Simms's seminal early works. The Prima Donna was originally published in pamphlet form in 1844 by Louis A. Godey of Philadelphia and is republished for the first time in Stories and Tales. "The Bride of Hate," originally published under the title "The Passage of the Night," in Godey's Lady's Book in 1841, was reworked and retitled for inclusion in Southward, Ho! The latter version is presented here, with explanatory notes that thoroughly illustrate the differences between the two versions.