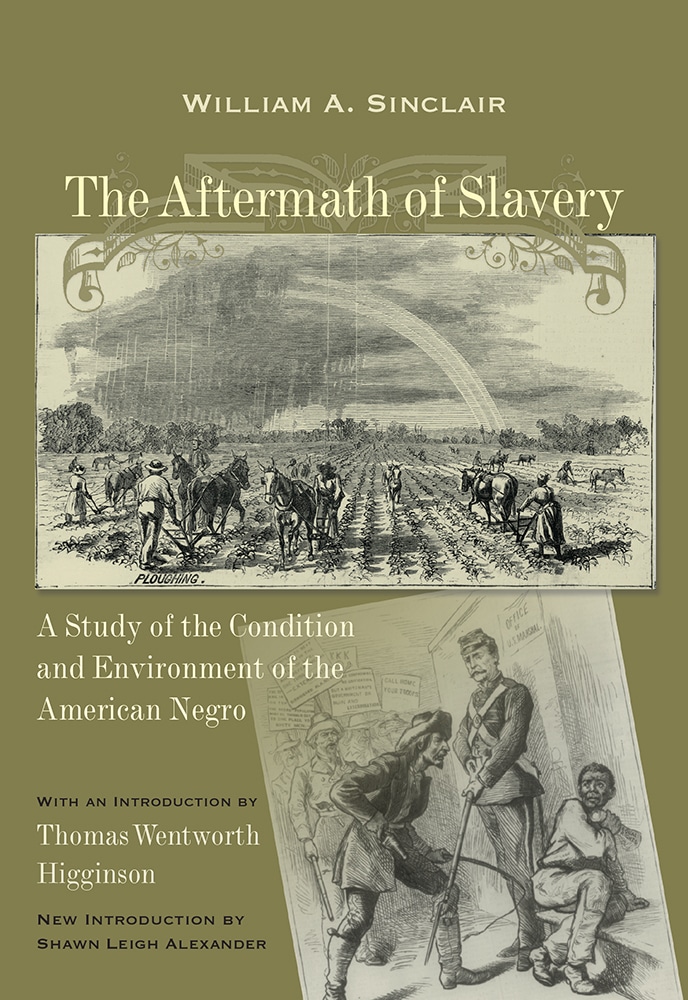 The Aftermath of Slavery

A Study of the Condition and Environment of the American Negro

William Albert Sinclair, born a slave in 1858, grew up in South Carolina during the tumultuous years of the Civil War and Reconstruction. Influenced by his childhood experiences, Sinclair spent his life fighting for the rights of African Americans and was an active member of the Constitution League, and their successor, the National Association for the Advancement of Colored People. Inspired by the scholarship and activism of T. Thomas Fortune and W. E. B. Du Bois, Sinclair published The Aftermath of Slavery: A Study of the Condition and Environment of the American Negro, one of the most complete analyses of slavery and the years immediately following emancipation.

First published in 1905, The Aftermath of Slavery provided a historical analysis of the late nineteenth century that underscored the existence of black resistance to white domination during slavery and Reconstruction. This Southern Classics edition includes a new introduction by Shawn Leigh Alexander, which emphasizes the importance of this book as a tool to understanding the meanings of peace and citizenship, as well as violence and terror, in the years directly following emancipation.

Shawn Leigh Alexander is an assistant professor of African and African American Studies at the University of Kansas, where he also serves as the interim director of the Langston Hughes Center.