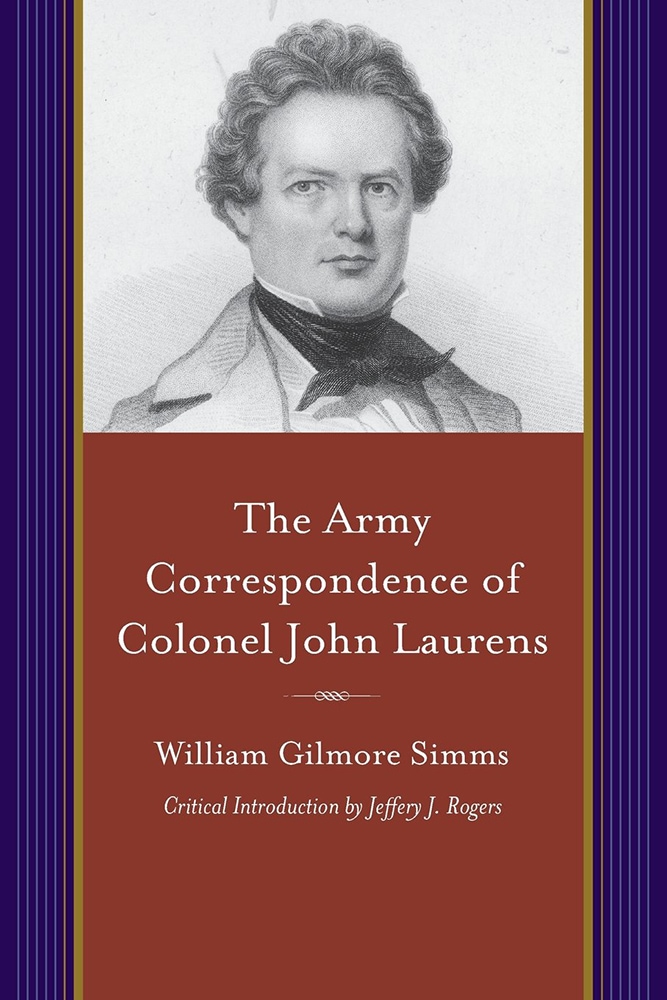 The Army Correspondence of Colonel John Laurens is a collection which displays Simms's efforts of documentary editing in the vein of a similar project he published the prior year, Selections from the Letters and Speeches of the Hon. James H. Hammond. The Army Correspondence consists of letters John Laurens wrote to his father, Henry, between the years of 1777 and 1778 during his service with the Continental Army in the Revolutionary War. The volume also features an introductory memoir by Simms and an elegiac poem by Philip Freneau. While writing these letters, Laurens was serving as a lieutenant colonel and aide-de-camp to George Washington; his father was serving as the fifth president of the Continental Congress. Simms's hagiographic memoir praises Lauren's gallant virtues, highlighting an American patriot.