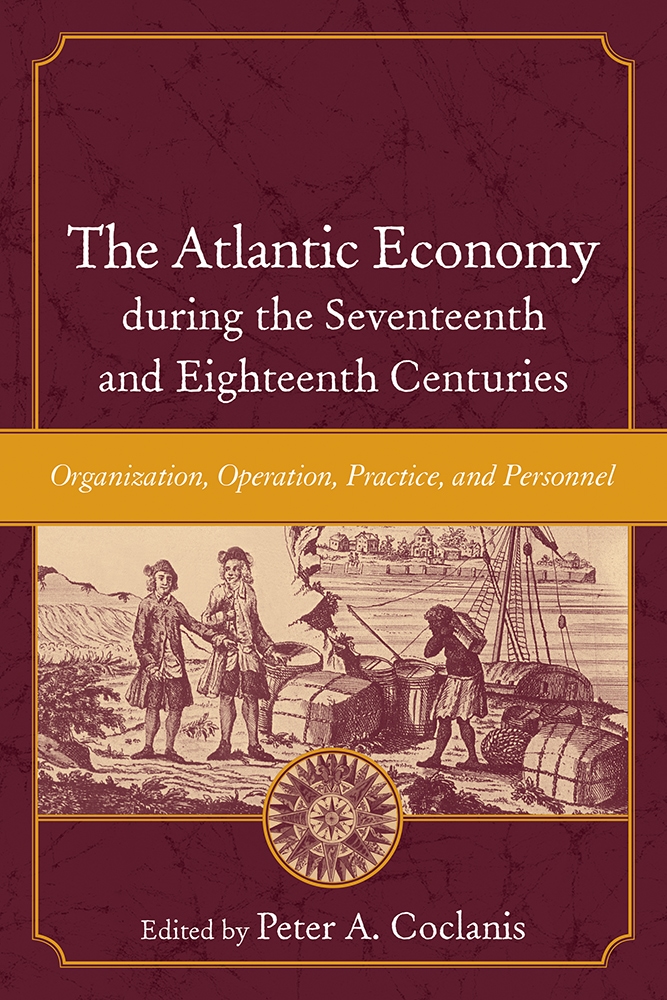 The Atlantic Economy during the Seventeenth and Eighteenth Centuries

edited by Peter A. Coclanis

The Atlantic Economy during the Seventeenth and Eighteenth Centuries is a collection of essays focusing on the expansion, elaboration, and increasing integration of the economy of the Atlantic basin—comprising parts of Europe, West Africa, and the Americas—during the seventeenth and eighteenth centuries. In thirteen essays, the contributors examine the complex and variegated processes by which markets were created in the Atlantic basin and how they became integrated.

While a number of the contributors focus on the economic history of a specific European imperial system, others, mirroring the realities of the world they are writing about, transcend imperial boundaries and investigate topics shared throughout the region. In the latter case, the contributors focus either on processes occurring along the margins or interstices of empires, or on "breaches" in the colonial systems established by various European powers. Taken together, the essays shed much-needed light on the organization and operation of both the European imperial orders of the early modern era and the increasingly integrated economy of the Atlantic basin challenging these orders over the course of the same period.

Peter A. Coclanis is the Albert R. Newsome Professor of History and Associate Provost for International Affairs at the University of North Carolina–Chapel Hill. He is the author of many works in American and international economic history, including The Shadow of a Dream: Economic Life and Death in the South Carolina Low Country, 1670–1920. He is also the coauthor of The South, the Nation, and the World: Perspectives on Southern Economic Development. Coclanis lives in Chapel Hill.

"The Atlantic Economy during the Seventeenth and Eighteenth Centuries will have an immediate and important impact on the rapidly developing field of Atlantic history. Peter Coclanis and the volume's contributors have assembled a collection of first-rate scholarship, well written and nicely executed."—Russell R. Menard, University of Minnesota

"Should any doubt the richness of 'Atlantic History' as an approach to our understanding of the seventeenth and eighteenth centuries, let them turn to this perceptive collection. Herein a host of respected scholars engage fully in a breadth of topics encompassing the Dutch, French, Portuguese, Spanish, and British Empires, Africa, Europe, and the Americas to illuminate the interconnected nature of the Atlantic economy during the two hundred years prior to the Age of Revolutions. This work is essential for anyone interested in the early modern Atlantic World."—John J. McCusker, Trinity University