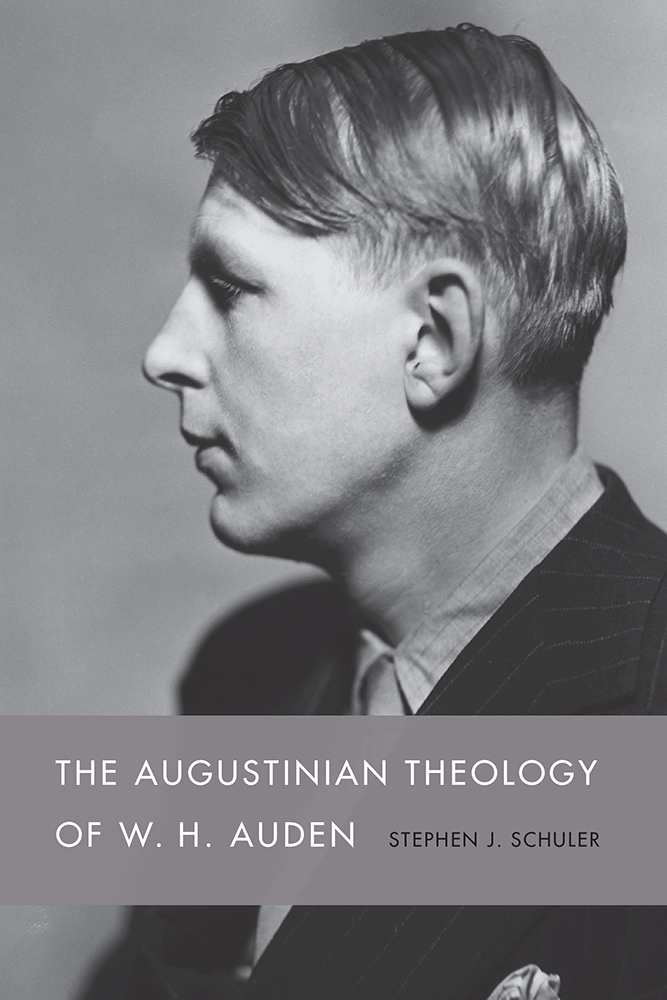 When W. H. Auden returned to Christianity in the early 1940s, he identified himself with what he called an "existential" method of spiritual and literary inquiry, which the writings of St. Augustine helped him define as a mode of thinking that not only allows for human subjectivity, but emphasizes the hopes, fears, needs, desires, and anxieties of the individual. Augustine thus became for Auden a model of a thinker who seamlessly merged psychological reflection with philosophical speculation and theological insight, and it is this combination of introspection and theoretical investigation that shapes much of Auden's later poetry.

The Augustinian Theology of W. H. Auden illustrates that Augustine's thought is a major influence on Auden's postconversion poetry and prose. Auden encountered Augustine both directly, through his reading of the Confessions, and indirectly, through several of Auden's contemporaries, such as Reinhold Niebuhr, Charles Norris Cochrane, and Charles Williams. Stephen J. Schuler argues that Augustine provided Auden with the language of privation to describe the nature of moral and social evil, enabling him to make sense of the pervasive anxieties produced by World War II. Augustine's works also offered Auden a rationale for his intuition that the physical world, and especially the human body, is intrinsically good. Auden's struggle to reconcile the implications of his Augustinian theology with his attitudes toward romantic love and sexuality are explained by Schuler, who demonstrates how the Augustinian theology of Reinhold Niebuhr helped shape Auden's ideas about human identity and community, which is defined and maintained by love in all its various forms. Finally, Schuler analyses Auden's Augustinian view of the ethics of poetry.

By examining the presence of Augustinian ideas in Auden's poetry and prose, Schuler establishes the Augustinian origins of several crucial but often misunderstood features of Auden's work as well as the importance of Augustine in shaping and articulating the concerns of Auden's later poetry.


Stephen J. Schuler is an assistant professor of English at the University of Mobile in Alabama, where he teaches British literature and honors English.

". . . Scholar's book is a valuable addition to the scholarly literature on Auden and a compelling stimulus for further research. One hopes that more authors will take up the challenge to reexamine the intricate negotiations with religious sources in early to mid-twentieth-century poetry."—The Journal of Religion

"This is the most important book on Auden and religion in general."—Choice

"Auden was a wonderfully learned poet and a seasoned, nuanced reader of foundational philosophical and theological texts. Schuler is well matched to him as a sensitive, informed and psychologically attuned reader, both of the same texts, and of the mind of his poet as a man of many books. Schuler makes a convincing case for the centrality of Augustine in Auden's library and more than that, for the abiding influence of Augustine on his poetic imagination. This book powerfully illuminates our appreciation of Auden's intellectual journey."—David Lyle Jeffrey, Distinguished Professor of Literature and the Humanities, Distinguished Senior Fellow, and Director of Manuscript Research in Scripture and Tradition Institute for Studies in Religion at Baylor University

"The Later Auden may have been the greater Auden compelled by a thinking man's version of a renewed Christian faith. Much credit and influence for this second coming—that is to America—came from St. Augustine whom Auden read early while in the U.S. and stayed with him to the end of his life and career. Auden's existential Christianity was shaped by an underlying belief in mysticism, which relies on intuition to find God within, moments which are conceived in free will and when felt are considered to be touches of Grace that give one a hint at the Great Mystery of the Ultimate Reality of shared consciousness. Schuler admirably trace's the path that Augustine treads in Auden's spiritual Quest. Auden wrote: What the poet has to convey is not 'self-expression,' but a view of reality common to all, seen from a unique perspective, which it is his duty as well as his pleasure to share with others. To small truths as well as great, St. Augustine's words apply. 'The truth is neither mine nor his nor another's; but belongs to all of us whom Thou callest to partake of it, warning us terribly, not to account it private to ourselves, lest we be deprived of it.'"—David Garrett Izzo, author of W.H. Auden: A Legacy and W.H. Auden Encyclopedia

"Readers need help when Auden's developing metaphysical systems become noticeable in his poems. Never more so than in the 1940s, when the poetry is at its most bookish. Schuler explains just how Augustine and the thinkers Auden encountered in the USA (Cochrane, Niebuhr, de Rougemont, et al) helped him in the process of his conversion. This is an entirely lucid, fascinating and reliable contribution to Auden studies."—John Fuller, Magdalen College emeritus fellow, University of Oxford