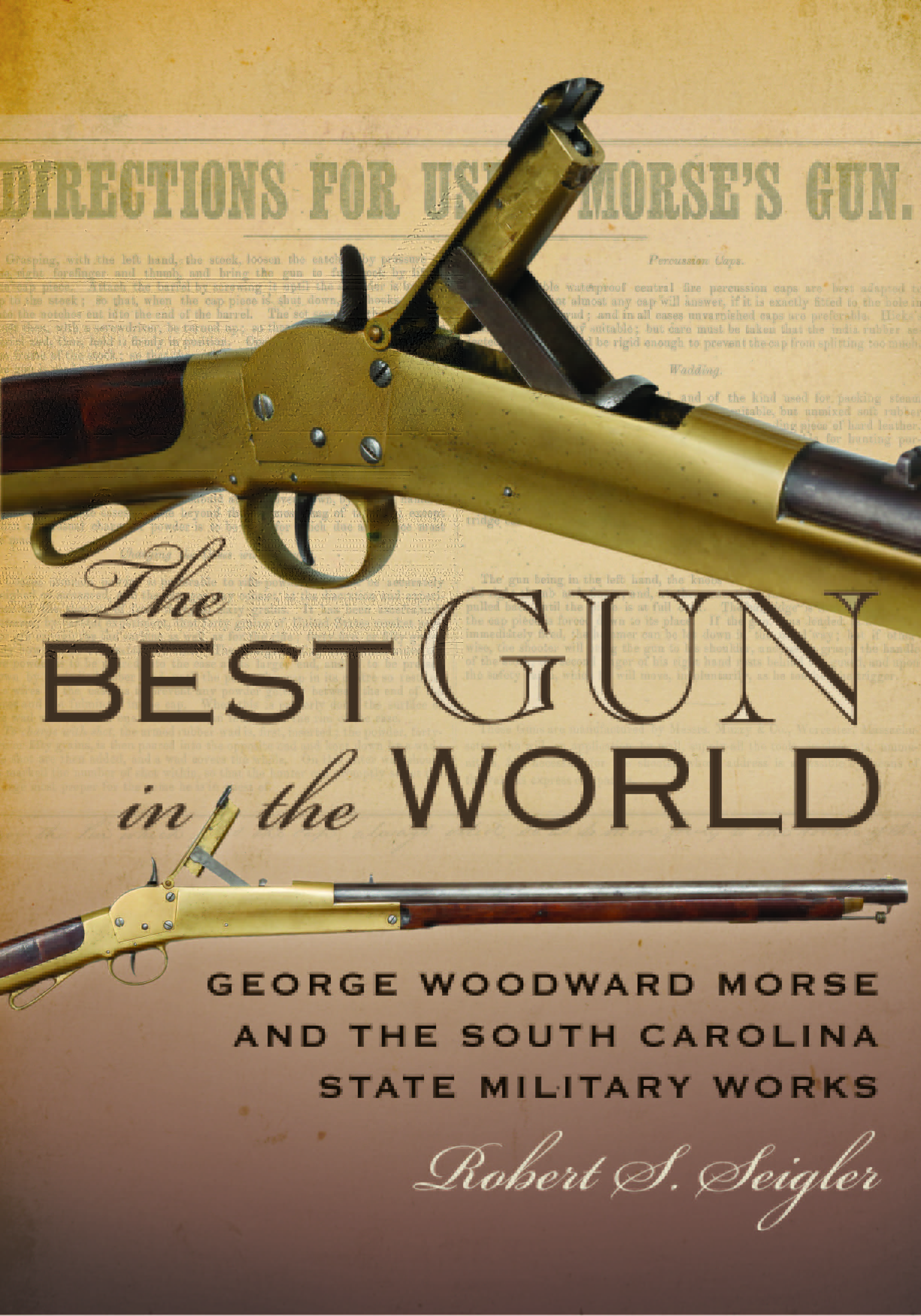 The Best Gun in the World

A year after seceding from the Union, South Carolina and the Confederate States government faced the daunting challenge of equipping soldiers with weapons, ammunition, and other military implements during the American Civil War. In The Best Gun in the World, Robert S. Seigler explains how South Carolina created its own armory and then enlisted the help of a weapons technology inventor to meet the demand. Seigler mined state and federal factory records, national and state archives, and U.S. patents for detailed information on weapons production, the salaries and status of free and enslaved employees, and other financial records to reveal an interesting, distinctive story of technological innovation and industrialization in South Carolina.

George Woodward Morse, originally from New Hampshire, was a machinist and firearms innovator, who settled in Louisiana in the 1840s. He invented a reliable breechloading firearm in the mid-1850s to replace muzzleloaders that were ubiquitous throughout the world. Essential to the successful operation of any breechloader was its ammunition, and Morse perfected the first metallic, center-fire, pre-primed cartridge, his most notable contribution to the development of modern firearms.

The U.S. War Department tested Morse rifles and cartridges prior to the beginning of the Civil War and contracted with the inventor to produce the weapons at Harpers Ferry Armory. However, when the war began, Morse, a slave-holding plantation owner, determined that he could sell more of his guns in the South. The South Carolina State Military Works originally designed to cast cannon, produced Morse's carbine and modified muskets, brass cartridges, cartridge boxes, and other military accoutrements. The armory ultimately produced only about 1,350 Morse firearms. For the next twenty years, Morse sought to regain his legacy as the inventor of the center-fire brass cartridges that are today standard ammunition for military and sporting firearms.


Robert S. Seigler, a South Carolina native, is a recipient of the Order of the Palmetto (the highest civilian honor in South Carolina) and is a fellow in the Explorers Club and the Royal Geographical Society. He is the author of eight books and several journal articles about South Carolina's Civil War history. Seigler practices medicine in Greenville, South Carolina, where he is the medical director of the pediatric intensive care unit and a professor of pediatrics at the University of South Carolina School of Medicine Greenville.

"The Best Gun in the World succeeds in raising the profile of an important but neglected figure in world firearms history. Richly illustrated with photographs and meticulously rendered drawings of all kinds, the volume also thoroughly documents the features and technical details of Morse's many inventions and explains how they influenced later designs."—Civil War Books and Authors

"Collectors of Civil War firearms have long admired the breech-loading carbines produced at the State Military Works. Until now no serious scholar has produced an in-depth study of the evolution of Morse's system. Bob Seigler's book is just such a study, using archival and manuscript sources, along with the study of the weapons themselves, to produce the definitive evaluation of Morse's contributions to firearms technology. This book belongs in the library of every serious student of firearms development."—Jack Allen Meyer, author and military historian

"Robert Seigler's excellent and well-researched book on George Morse and the State Military Works examines a local and little-known aspect of South Carolina's Civil War history and demonstrates its relationship to larger issues of technological innovation, Southern war-time industrialism, and the development of the modern firearm and cartridge."—Patrick McCawley, South Carolina Department of Archives and History

"For connoisseurs and scholars of military history (especially Civil War), history of technology, or Southern/South Carolina history, this is a must-read and reference volume pertaining to a previously little-known aspect of the nineteenth century that had a far-reaching impact in the manner wars would be fought by soldiers decades later."—Barry L. Stiefel, College of Charleston

"Seigler's well-written and exhaustively researched book finally does justice to one of the greatest stories in American firearms history. If George Woodward Morse had not sided with the Confederacy, his name might be as famous today as Colt or Winchester."—Gordon L. Jones, Atlanta History Center