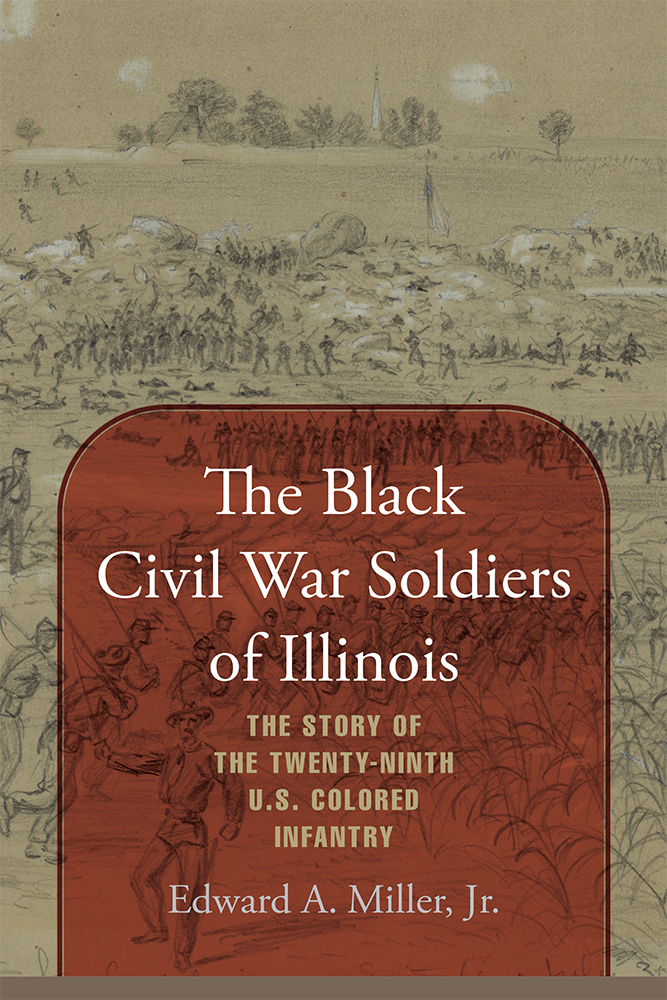 The Story of the Twenty-ninth U.S. Colored Infantry

The Black Civil War Soldiers of Illinois tells the story of the Twenty-ninth United States Colored Infantry, one of almost 150 African American regiments to fight in the Civil War and the only such unit assembled by the state of Illinois. The Twenty-ninth took part in the famous Battle of the Crater at Petersburg, joined Grant's forces in the siege of Richmond, and stood on the battlefield when Lee surrendered at Appomattox. In this comprehensive examination of the unit's composition, contribution, and postwar fate, Edward A. Miller, Jr., demonstrates the value of the Twenty-ninth as a means of understanding the Civil War experience of African American soldiers, including the prejudice that shaped their service.

Miller details the formation of the Twenty-ninth, its commendable performance but incompetent leadership during the Petersburg battle, and the refilling of its ranks, mostly by black enlistees who served as substitutes for drafted white men. He recounts the unit's role in the final campaign against the Army of Northern Virginia; its final, needless mission to the Texas border; the tragic postwar fate of most of its officers; and the continued discrimination and economic hardship endured after the war by the soldiers.

"Miller explores the appalling levels of racial antipathy in Illinois that formed the backdrop for the unit's creation and ugly opportunism that underpinned state support for a black regiment."—Civil War History

"Miller has given us a fuller look at the men who made up a typical black regiment with the Army of the Potomac. Miller's book is a study in regimental demographics—where the men came from, whether they were free blacks or escaped slaves, their educational backgrounds, their service records, and their postwar fates."—Gregory J. W. Urwin, author of Facing Fearful Odds: The Siege of Wake Island