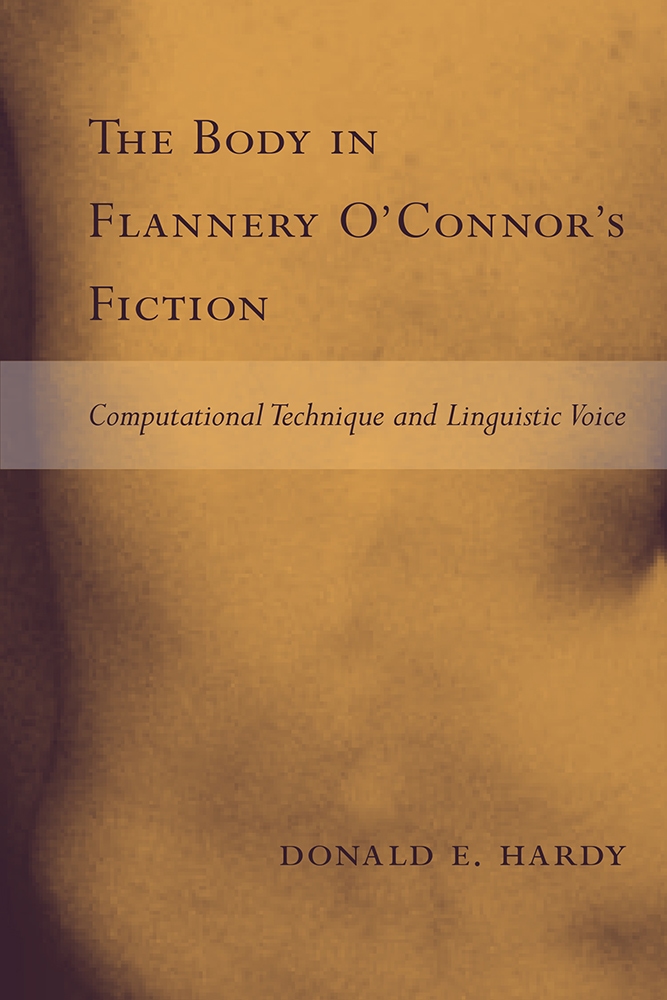 The Body in Flannery O'Connor's Fiction

At the intersection of literary theory and linguistics, The Body in Flannery O'Connor's Fiction extends the innovative thesis that it is possible to grasp the central struggle between spirit and matter in O'Connor through a close quantitative examination of the interactions of grammatical voice and physical bodies in her texts. Donald E. Hardy demonstrates that the many constructions in which the body parts of O'Connor's characters are foregrounded, either as subjects or objects, are grammatical manipulations of semantic variations on what linguists deem the middle voice—roughly indicating that the subject is acting upon himself or herself.

Hardy combines computational and linguistic methodology to provide a productive approach to understanding O'Connor's use of the body and its parts in her explorations of the sacramental and the grotesque. Linguistic analysis of grammatical middle voice is coupled with quantitative analysis of body-part words and the collocations in which they appear to present a new point of entrance to understanding O'Connor's stylistic manipulations of the body as central to the rift between spirit and matter. In addition to the middle voice, Hardy approaches ergative and reflexive voice patterns in O'Connor and demonstrates the value in using log-likelihood and dispersion quantitative measures for identifying empirical evidence in literary studies. He shows O'Connor's fiction to be unique even at the sentence level and, moreover, offers an original reading of her work rooted in computational analysis.

Through this method of reading the struggle between the incarnational and the sacramental in O'Connor, Hardy makes a valuable contribution to the growing body of work that is introducing linguistic terminology and concepts into literary studies and, by extension, the broader field of interpretive humanities.


Donald E. Hardy is a professor of English at the University of Nevada, Reno, and the author of Narrating Knowledge in Flannery O'Connor's Fiction.

"Donald Hardy's fascinating study of Flannery O'Connor's sacramentalism opens up a new area of O'Connor studies. Using sophisticated linguistic analysis while remaining thoroughly grounded in O'Connor's fiction and its criticism, Hardy explores literary and theological issues as manifested in O'Connor's language and voice. It's groundbreaking and exciting—and convincing—resulting in one powerful book."—Robert H. Brinkmeyer, Jr., author of The Art and Vision of Flannery O'Connor and Remapping Southern Literature: Contemporary Southern Writers and the West