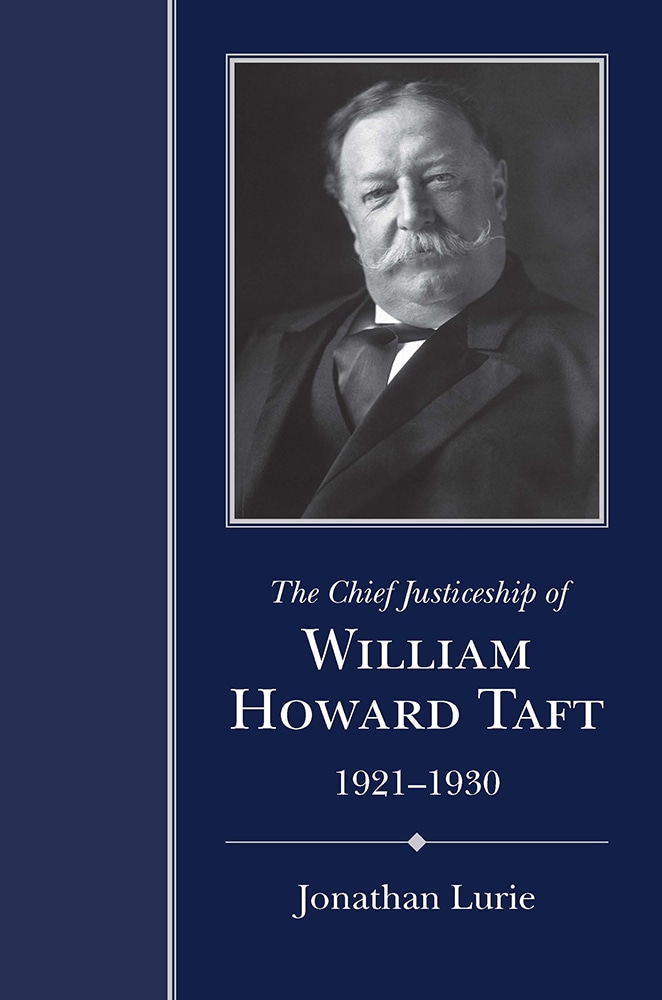 A comprehensive study of the United States Supreme Court tenure of the only U.S. president to serve as chief justice

In The Chief Justiceship of William Howard Taft, 1921-1930, Jonathan Lurie offers a comprehensive examination of the Supreme Court tenure of the only person to have held the offices of president of the United States and chief justice of the United States Supreme Court. Taft joined the Court during the Jazz Age and the era of prohibition, a period of disillusion and retreat from the idealism reflected during Woodrow Wilson's presidency. Lurie considers how conservative trends at this time were reflected in key decisions of Taft's court.

Although Taft was considered an undistinguished chief executive, such a characterization cannot be applied to his tenure as chief justice. Lurie demonstrates that Taft's leadership on this tribunal, matched by his productive relations with Congress, in effect created the modern Supreme Court. Furthermore he draws on the unpublished letters Taft wrote to his three children, Robert, Helen, and Charles, generally once a week. His missives contain an intriguing mixture of family news, insights concerning contemporaneous political issues, and occasional commentary on his fellow justices and cases under consideration.

Lurie structures his study in parallel with the eight full terms in which Taft occupied the center seat. Lurie examines key decisions while avoiding legal jargon wherever possible. The high point of Taft's chief justiceship was the period from 1921 to 1925. The second part of his tenure was in fact a period of slow decline, with his health worsening with each passing year. By early 1930 he was forced to resign, and his death soon followed. In the epilogue Lurie explains why Taft is still regarded as an outstanding chief justice—if not a great jurist—and details why this distinction is important.


Jonathan Lurie is a professor emeritus of American history and an adjunct professor emeritus of law at Rutgers University. He also served as an academic integrity facilitator at Rutgers University until he retired in 2014. His books include William Howard Taft: The Travails of a Progressive-Conservative, Law and the Nation, 1865–1912, and Military Justice in America: The U.S. Court of Appeals for the Armed Forces, 1775–1980.

"Jonathan Lurie has given us a rich and fascinating account of the work of the Taft court in the 1920s. The book is beautifully written, deeply researched, and full of insights about the Court's role in key social and economic issues. Legal and political historians owe Lurie a debt of gratitude for this definitive study."—Lawrence M. Friedman, Stanford Law School

"Perhaps the greatest contribution of this short volume is that its compact and accessible format provides newcomers to the field and experienced scholars fresh opportunities to consider the high stakes of Supreme Court litigation... Conflicts from the early twentieth century endure, and Lurie gives us old and new perspectives from which to understand a living Constitution."—Journal of American History