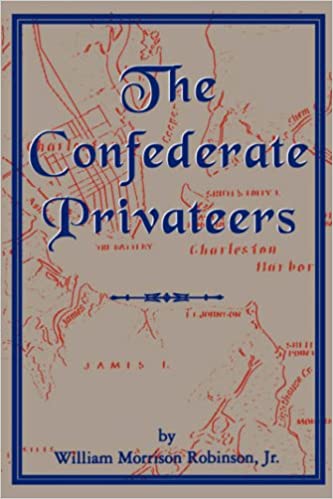 The Confederate Privateers recounts the exploits of the Confederacy's privately armed ships and their sea battles with the Union. Using naval war records and other archives, William Robinson describes the privateers, their cruises, their successes, their failures, and their ultimate fates. This narrative history is the first to portray the privateer Confederate cruises of the Jefferson Davis, the Dixie, the Sally, and the pygmy submarine Pioneer.

"Robinson's book is a partisan, yet lively and fascinating treatment of one of privateering's final and most colorful chapters."—Gulf Coast Historical Review

"Has stood the test of time and remains the major reference work on Confederate privateers."—Louisiana History