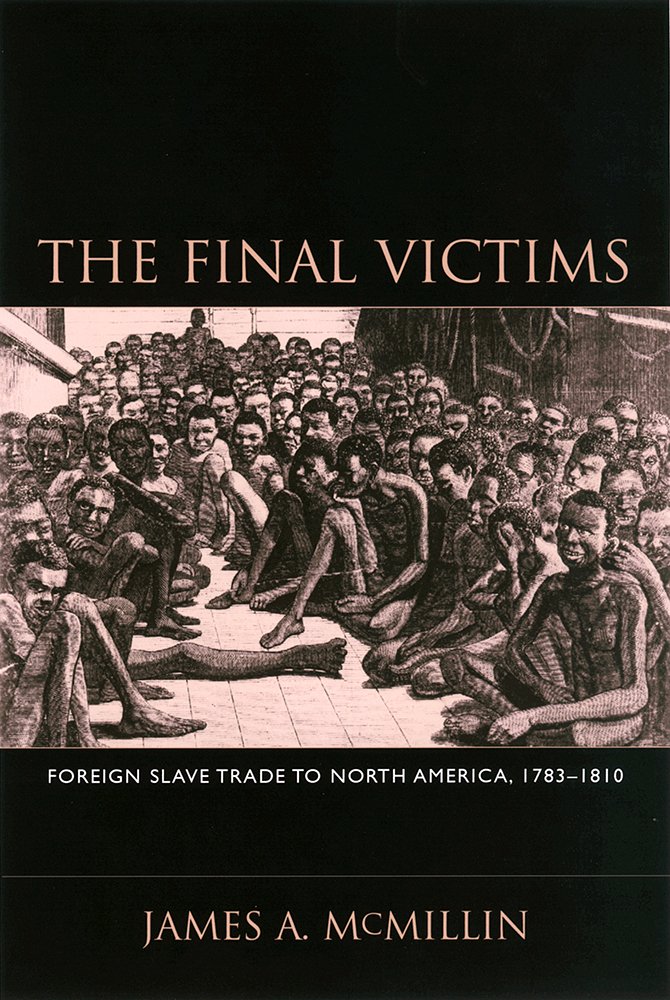 With this detailed study of the importation of slaves to North America in the decades following the American Revolution, James A. McMillin tests long-standing assumptions about an enterprise thought to have waned in the wake of the United States' successful revolution against Great Britain. Combing through previously untapped public and private sources, McMillin uncovers data that challenges entrenched beliefs about the slave trade and, as a result, has far-reaching implications for our understanding of American life in the early republic.

McMillin examines the volume and business of importing slaves from 1783 to 1810, the African origins of those captives, and their treatment by shippers and North American merchants. Tracing a shift in North American slaving commerce from New England to the lower South, McMillin tracks the vessels that imported slaves to America, particularly into Charleston, Savannah, and New Orleans. McMillin suggests that previous scholars have underestimated the number of slave voyages and consequently the magnitude of American overseas slave trading during this era. He maintains the founding fathers did little to discourage the importation of slaves and asserts that—with the lengthening duration and distance of the notorious "middle passage"—conditions for African captives most likely worsened after the Revolution.

To his revisionist narrative McMillin appends, on a searchable CD-ROM accompanying the volume, the massive data that led him to these conclusions. The information includes places of origin for the captives; names of vessels, captains, and owners; size of slave cargoes; ports of arrival; and other data pertinent to his investigation.


James A. McMillin holds a Ph.D. from Duke University. The associate director of Bridwell Library and an associate professor of American religious history at Southern Methodist University, McMillin was a contributor to Warm Ashes: Issues in Southern History at the Dawn of the Twenty-First Century, published by the University of South Carolina Press in 2003. He lives in Dallas.

"This important book established the large volume of the Atlantic slave trade after the American Revolution and the major role of Southern merchants. Based upon a variety of American sources, it substantially revises conclusions from studies focused mainly on European slave trade voyage documents."—Gwendolyn Midlo Hall, author of Africans in Colonial Louisiana: The Development of Afro-Creole Culture in the Eighteenth Century