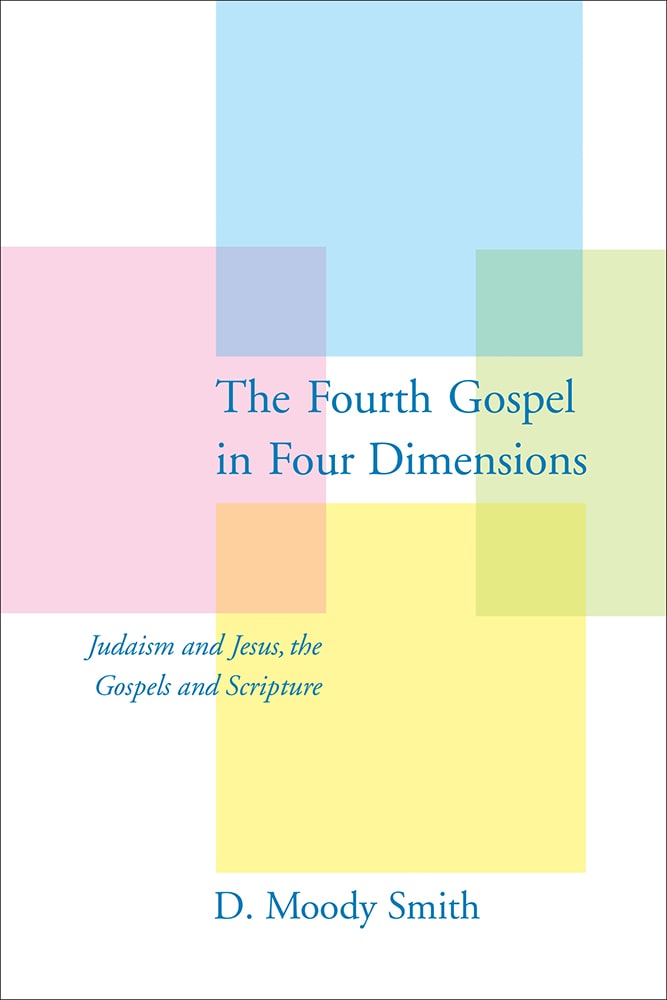 The Fourth Gospel in Four Dimensions

Judaism and Jesus, the Gospels and Scripture

This multidimensional volume from the leading American scholar of Johannine studies brings together D. Moody Smith's germinal works from the past two decades along with some original articles published here for the first time. The resulting collection augments current understanding of the Gospel of John with fresh insights and research and points the way toward opportunities for new inquiry.

The collection is structured around four focal issues that define contemporary studies of John. In the first section, Smith places the book within its Jewish milieu, attempting to account for the tension between the work's seeming anti-Jewishness and its familiarity with Jewish life and thought. Next Smith engages the relationship between John and the historical figure of Jesus, especially the extent to which John's representation of Jesus reflects knowledge of independent traditions as well as the self-consciousness of his own community. The third section examines John's account against the Synoptic Gospels, assessing the evidence of John's access to an independent record of the passion and the possibility that John adopted the gospel genre from Mark. Finally, Smith explores how the Gospels, and especially that of John, evolved into scripture and how they have come to be interpreted in conjunction with one another.

D. Moody Smith is the George Washington Ivey Professor Emeritus of New Testament at the Divinity School, Duke University, where he has taught since 1965. His books include The Composition and Order of the Fourth Gospel, The Theology of the Gospel of John, John among the Gospels, and the Abingdon New Testament commentary John. Smith is also the editor of the Studies on Personalities of the New Testament series published by the University of South Carolina Press.

"The dean of Johannine studies in America, D. Moody Smith gives us in this volume seminal and original articles that will enlighten world-class scholars, readers coming to this material for the first time, and all in between."—J. Louis Martyn, Edward Robinson Professor Emeritus of Biblical Theology, Union Theological Seminary