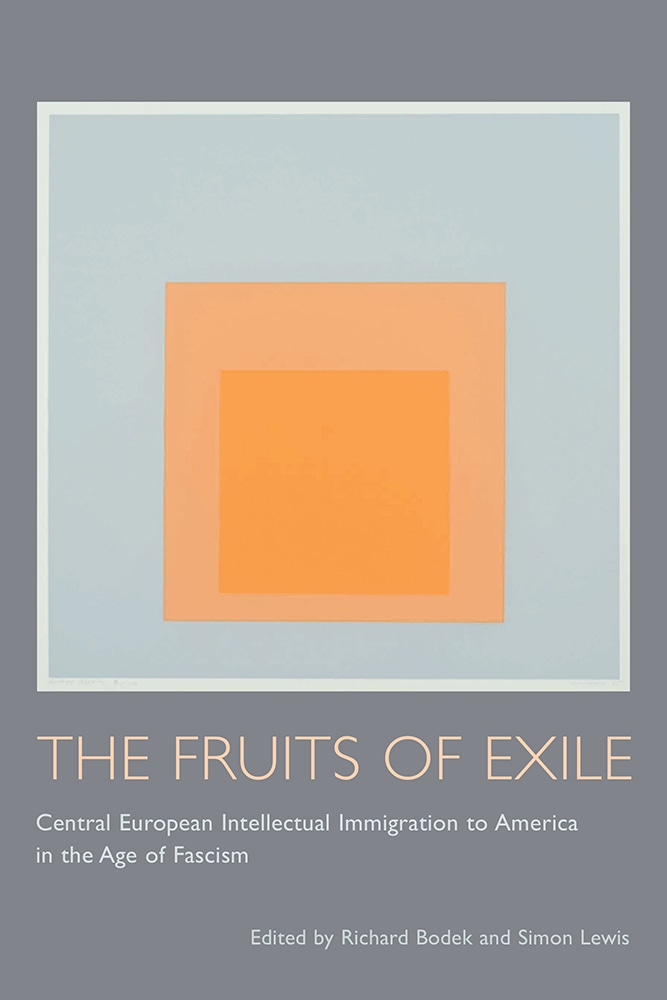 The Fruits of Exile

Central European Intellectual Immigration to America in the Age of Fascism

Fresh insights on an underexplored moment in intellectual history

The Fruits of Exile casts new light on the history of émigré thinkers escaping from the rise of fascism in Central Europe. Editors Richard Bodek and Simon Lewis, along with an international group of contributors, emphasize the contributions to American and British culture by the European intellectual diaspora of the 1930s through their careful study of artists, scientists, and cultural figures often ignored in previous studies of the era.

The contributors explore the careers in exile of novelists Thomas Mann and Herman Broch; philosophers Karl Mannheim, Walter Kaufmann, and Theodore Adorno; artists Joseph Albers and Max Reinhardt; composers Arnold Schoenberg and Béla Bartók; and a host of other participants in the pre-World War II exodus from Central Europe. The essays enhance understanding of the diverse range of exile experience by analyzing larger groups of exiles than in earlier studies, by broadening the geographic area examined, and by delving into the initial difficulties these immigrants had in finding acceptance and welcome on foreign soil. The fresh insights on this underexplored moment in history illustrate that intellectual careers of the highest order are both personally driven—based strongly on the life of great thinkers and creators—and structurally shaped by local and international patterns of culture.


Richard Bodek is a professor of history at the College of Charleston, specializing in the intellectual and cultural history of Germany in the 1920s and 1930s. He is the author of Proletarian Performance in Weimar Berlin: Agitprop, Chorus, and Brecht.

Simon Lewis is a professor of world literature at the College of Charleston, where he is also an associate director of the Carolina Lowcountry and Atlantic World program. Lewis is the author of White Women Writers and Their African Invention and editor of Illuminations: An International Magazine of Contemporary Writings.

"This excellent volume illuminates the enormous breadth of the contributions made to American and British life by refugee intellectuals escaping from Nazism. In the social sciences, philosophy, legal thought, the natural sciences, music, theater, and many other fields of endeavor, the refugees made a deep and lasting impression on the cultural and intellectual life of the West. This collection of elegantly written essays documents the profound impact of these individuals and underscores the fact that their acceptance was often preceded by years of rejection and struggle. A compelling volume."—Alan E. Steinweis, professor of history and director of the Center for Holocaust Studies, University of Vermont