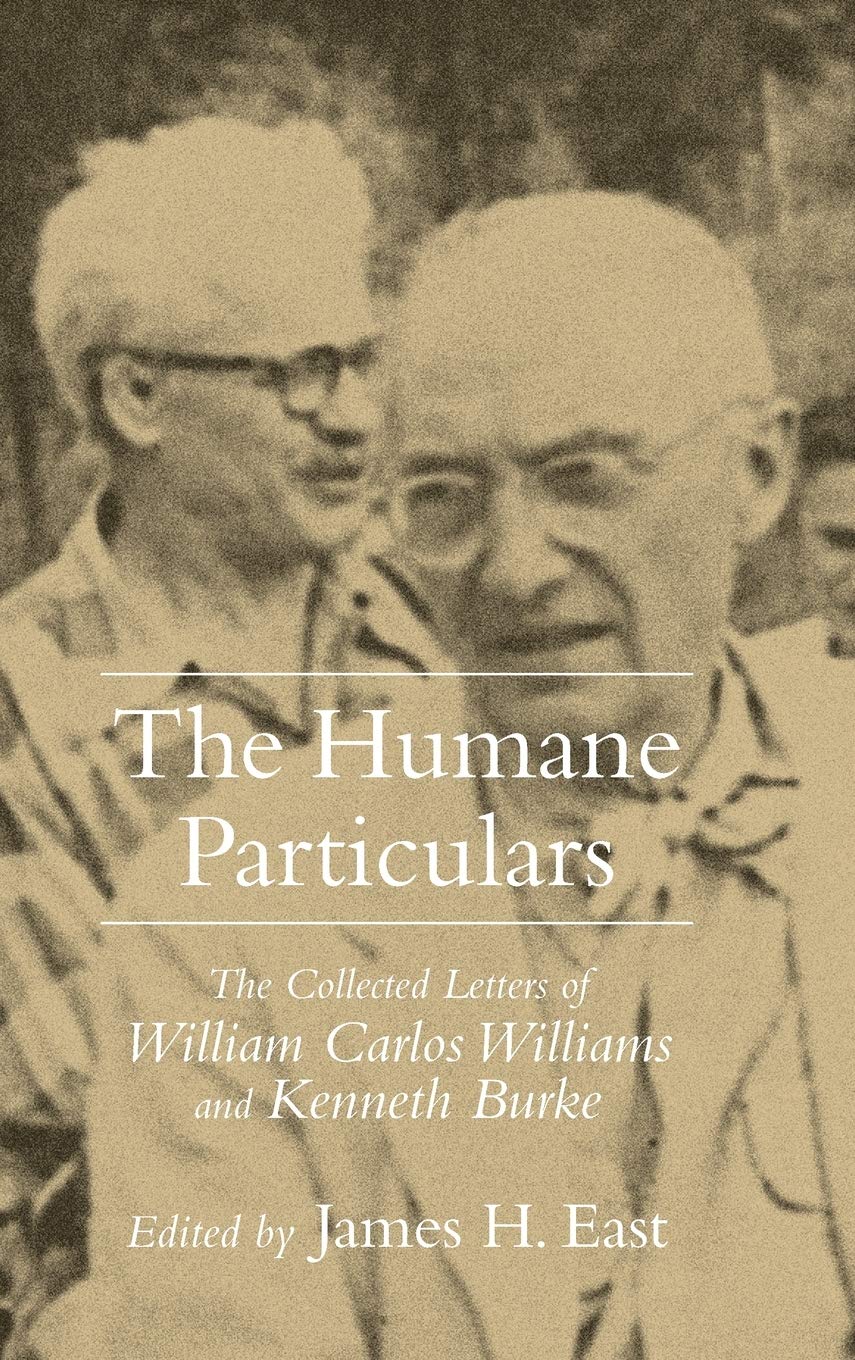 The Collected Letters of William Carlos Williams and Kenneth Burke

An illuminating conversation between poet and critic

Significantly deepening our understanding of two key figures from the modernist period, The Humane Particulars collects the letters between William Carlos Williams and Kenneth Burke. Written during forty-two years of close friendship and literary debate, these nearly 250 letters span two long lives, two complicated personalities, and two brilliantly productive careers. The animated exchange between a canonical poet and the leading American rhetorical critic of the twentieth century offers a more complete vision of their outlooks and their contributions to the shape and tenor of the modernist scene.

Set in context by James H. East's introduction and explanatory notes, the letters begin just after Burke and Williams's initial meeting in 1921 during a tramp through a New Jersey swamp and surrounding meadowlands. Their written exchange follows the maturing of their friendship and professional regard. The correspondence shows that Williams and Burke were fast friends during the experimental twenties, preoccupied by individual and divergent projects in the thirties and early forties, and reunited as enthusiastic correspondents after the Second World War.

The letters refer to happy times spent together—walks in the woods, picnics and swimming, and visits to Burke's farm in Andover, New Jersey. They reveal, among other interesting personal matters, Burke's fascination with Williams's double life as physician and poet, Burke's hypochondria, and Williams's at times chastising medical advice to Burke. But, more important, the letters preserve the continual wrangling over the origin and nature of literary form that enlightened the pair's many disagreements. Of particular interest, the correspondence documents a largely unexplored aspect of Burke's career—his reciprocally influential relationship with the writers of the late modern and midcentury periods.


Born in Barnstable, Massachusetts, and raised in New York, Maine, and Florida, James H. East holds degrees in English and comparative literature from Florida State University, the University of North Carolina at Chapel Hill, and the University of North Carolina at Greensboro. He has taught literature and composition for more than twenty years at colleges and high schools in the Southeast and currently teaches at the Brookstone School in Columbus, Georgia. East divides his time between Columbus and Maine's Penobscot Bay.

"Gives readers for the first time a full sense of the growth, range, and significance of their friendship. Recommended."—Choice

"The Humane Particulars is a scrupulously edited collection that documents the dance of the intellect between two of the twentieth century's most original thinkers. An invaluable resource for scholars of both Williams and Burke, this forty-year correspondence talks about life, language, literature, and ideas. It is, as Burke once said of Williams, 'riddled with humanity.'"—Brian A. Bremen, editor, William Carlos Williams Review

"The Humane Particulars gives us yet another window into the life and thought of William Carlos Williams—our one modern poet indisputably in the American grain—as he interacts with Kenneth Burke, poet, man of letters, and our American Aristotle of rhetorical discourse. At the heart of these letters—set in perspective by James H. East's spirited and informed introduction and generous notes—is Williams's relentless search for a radically new way of understanding the nuclear structure of poetic form and, through that, the world under our noses. And there is Burke, at every step of the way and using a dozen strategies, attempting to follow Williams's broken attempts to somehow—somehow!—net the protean energy of modern poetry itself."—Paul Mariani, author of William Carlos Williams: A New World Naked