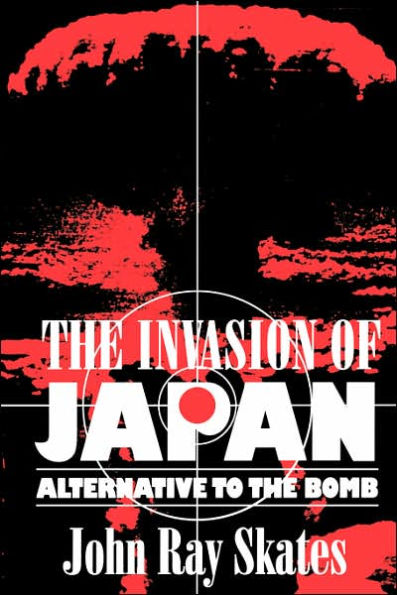 The Invasion of Japan

Alternative to the Bomb

Examines the U.S. plan to end the Second World War by invading Japan

For more than a half century scholars and nonscholars alike have debated the ethics of dropping the atomic bomb, but rarely have they studied the American plan to invade Japan, the alternative to using the bomb to end the Second World War. Widely held beliefs about the strength of Japanese forces and the projected loss of American lives have been invoked to justify the decision to drop the bomb. John Ray Skates, however, argues that the invasion plan, code named Operation Downfall, until now has not been sufficiently studied to allow such a justification. In The Invasion of Japan he remedies that shortcoming and disputes many myths that have grown up around the plan.

John Ray Skates is professor of history and past chair of the history department at the University of Southern Mississippi in Hattiesburg. A retired colonel in the U.S. Army Reserve, Skates served as visiting research professor at the U.S. Army Center of Military History, Washington, D.C., while conducting research for this book. Skates lives in Ocean Springs, Mississippi.

"The Invasion of Japan deserves a wide readership. Skates's judicious account sets to rest many misconceptions regarding the end of the war in the Pacific; it also offers much that is new. Highly recommended."—American Neptune

"This is an extremely interesting and well-researched overview of the U.S. plans for ending World War II."—The Annals of the American Academy of Political and Social Science

"This is a fascinating book that will be trailblazing and stimulating reading even for the most avid of World War II historians because it's a fresh report."—Richmond Times-Dispatch

"A thorough and penetrating analysis, based on original American and Japanese documents, of the invasion of Japanese home islands that was planned, but never implemented, to end World War II."—Salem Press