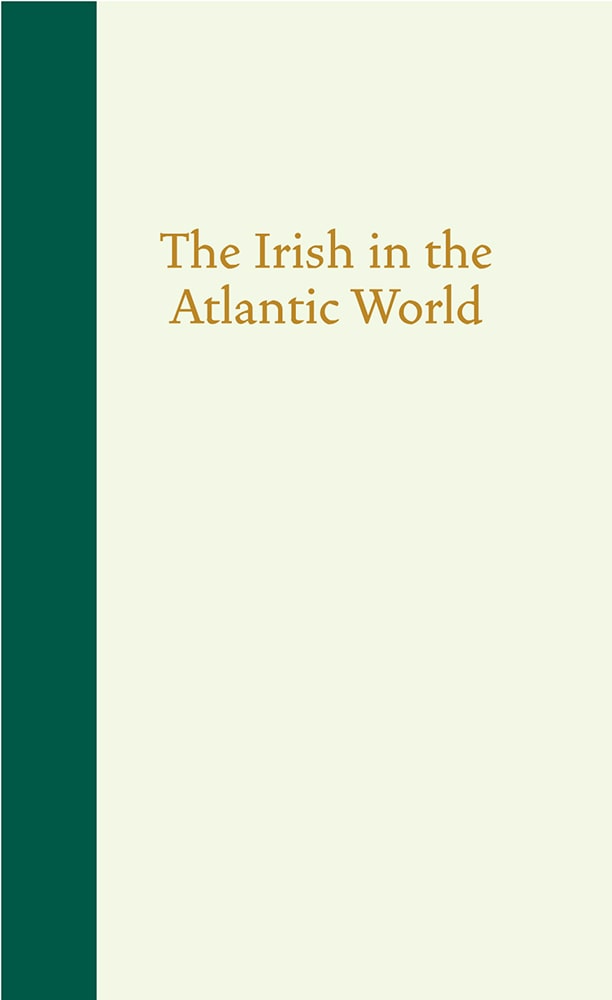 The Irish in the Atlantic World

The Irish in the Atlantic World presents a transnational and comparative view of the Irish historical and cultural experiences as phenomena transcending traditional chronological, topical, and ethnic paradigms. Edited by David T. Gleeson, this collection of essays offers a robust new vision of the global nature of the Irish diaspora within the Atlantic context from the eighteenth century to the present and makes original inroads for new research in Irish studies.

These essays from an international cast of scholars vary in their subject matter from investigations into links between Irish popular music and the United States—including the popularity of American blues music in Belfast during the 1960s and the influences of Celtic balladry on contemporary singer Van Morrison—to a discussion of the migration of Protestant Orangemen to America and the transplanting of their distinctive non-Catholic organizations. Other chapters explore the influence of American politics on the formation of the Irish Free State in 1922, manifestations of nineteenth-century temperance and abolition movements in Irish communities, links between slavery and Irish nationalism in the formation of Irish identity in the American South, the impact of yellow fever on Irish and black labor competition on Charleston's waterfront, the fate of the Irish community at Saint Croix in the Danish West Indies, and other topics. These multidisciplinary essays offer fruitful explanations of how ideas and experiences from around the Atlantic influenced the politics, economics, and culture of Ireland, the Irish people, and the societies where Irish people settled. Taken collectively, these pieces map the web of connectivity between Irish communities at home and abroad as sites of ongoing negotiation in the development of a transatlantic Irish identity.

A native of Ireland, David T. Gleeson is a reader in history in the School of Arts and Social Sciences at Northumbria University in Newcastle upon Tyne. He is a former director of the College of Charleston's Carolina Lowcountry and Atlantic World program. His first book, The Irish in the South, 1815–1877, won the Donald Murphy Prize of the American Conference for Irish Studies.