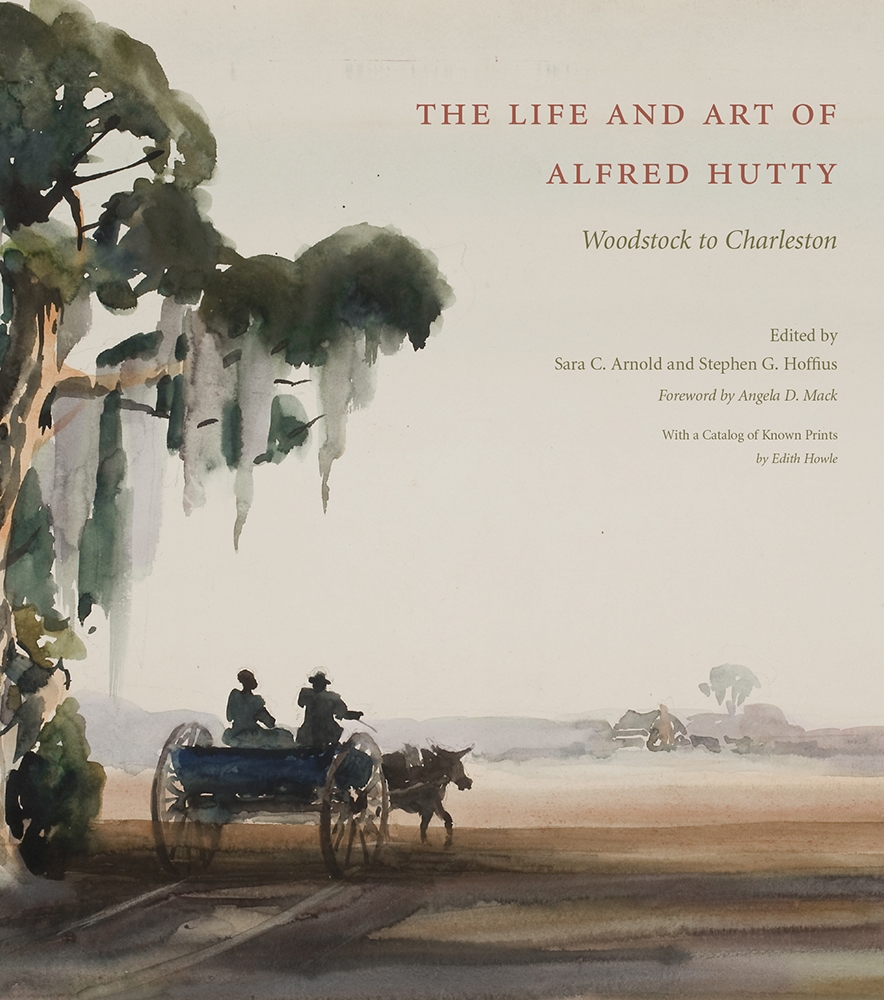 The Life and Art of Alfred Hutty

Alfred Hutty (1877-1954) was a master painter and printmaker whose evocative landscapes and realistic studies of the human condition represent the best aspects of the Woodstock and Charleston art traditions of his era. Edited by Sara C. Arnold and Stephen G. Hoffius, this illustrated survey of Hutty's career offers the first comprehensive examination of his impact on American art in the South and beyond. The text and catalogue of prints offer authoritative documentation of more than 250 of Hutty's works.

Among the first artists to settle in the Art Students League colony at Woodstock, New York, in the early 1900s, Hutty established himself as a leading painter of the town's natural environs. For more than a decade, he honed his skills in oil and watercolor, producing intimate portrayals of Woodstock's mountains, lakes, and streams before his career took him to South Carolina. Hutty first visited Charleston in 1920 and, according to one of the staple legends of the Charleston Renaissance, he excitedly wired his wife back in Woodstock: "Come quickly, have found heaven." Hutty began dividing his time seasonally between homes and studios in Charleston and Woodstock, teaching art classes for the Carolina Art Association at what is now the Gibbes Museum of Art—a relationship that eventually led to the Gibbes's status as the largest public repository of Hutty's work. In Charleston, Hutty was inspired to try his hand at printmaking for the first time, and it is this artistic medium for which he is best known. His skillful prints depicting the city's surviving colonial and antebellum architecture, its rural environs, and its African American population drew unprecedented national attention both to Hutty and to Charleston.

Published in cooperation with the Gibbes Museum of Art, The Life and Art of Alfred Hutty features essays by Sara C. Arnold, Alexis L. Boylan, Harlan Greene, Edith Howle, a foreword by Gibbes executive director Angela D. Mack, and a catalogue of known prints by Hutty.


Sara C. Arnold is curator of collections at the Gibbes Museum of Art. She has written articles for American Art Review and Antiques and Fine Art. Her recent exhibitions include The Charleston Story: Works from the Permanent Collection, Camera Works: Masters in Photography, Facelift: The Power of Portraits, and James McNeill Whistler's Travels: Selections from the Collection.

Stephen G. Hoffius is a freelance writer and editorin Charleston. He is the coauthor of Upheaval in Charleston: Earthquake and Murder on the Eve of Jim Crow and coeditor of Northern Money, Southern Land: The Lowcountry Plantation Sketches of Chlotilde R. Martin and Landscape of Slavery: The Plantation in American Art.

"The Life and Art of Alfred Hutty showcases Hutty's contributions to Charleston as an artist, but also as a leader, mentor and teacher for the Carolina Art Association. Of greater importance is the wealth of material presented that contextualizes Hutty's oeuvre beyond the boundaries of the Charleston Renaissance. These essays make a compelling case for Hutty's inclusion into the historical canon of American art elevating him to a level above the classification of Regionalist."—Lana Burgess, Faculty Curator, McKissick Museum