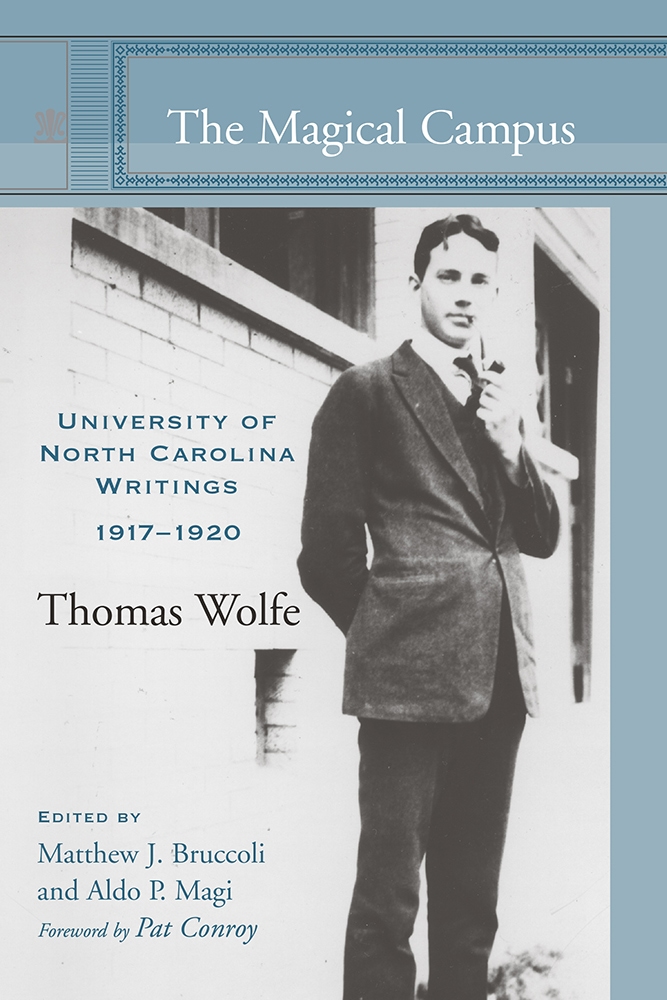 Wolfe began his collegiate career at the University of North Carolina at Chapel Hill in 1916, when he was fifteen, with a freshman year marked by obscurity and loneliness. By his junior year he had emerged as a recognized and popular figure in campus life, a participant in organizations, clubs, and fraternities as well as the editor of several student publications. He began in these apprenticeship years his ascendancy to iconic literary status.

Included in The Magical Campus is Wolfe's first published work, the poem "A Field in Flanders" from the November 1917 issue of the Magazine. Here too is the poem "The Challenge," Wolfe's first piece to be reprinted off campus, in his hometown newspaper and elsewhere across the Southeast. "A Cullenden of Virginia" represents his inaugural foray into published fiction; and his folk plays, such as The Return of Buck Gavin and Deferred Payment, mark the start of his unrealized ambitions to be a playwright.

Though they lack the sophistication and scale of the grand fictions that now define Wolfe's place in literature, these and others of his student publications testify to the potential he had tapped into through instruction and encouragement at Chapel Hill.


Matthew J. Bruccoli is the Emily Brown Jefferies Professor Emeritus of English at the University of South Carolina and the leading authority on the House of Scribner and its authors. He is the author or editor of one hundred books, including O Lost: A Story of the Buried Life.