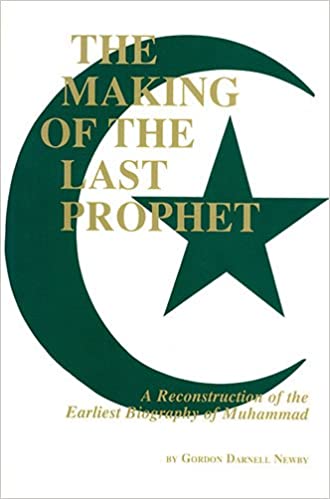 The Making of the Last Prophet

A Reconstruction of the Earliest Biography of Muhammad

The sacred biography of Muhammad has shaped Muslims' perceptions of the place of Islam in the religious history of the world and located the Islamic founder and prophet as the last of God's messengers. As Muslims established political control over ancient Jewish and Christian communities, they also claimed hegemony over the panorama of biblical prophets and holy men. In the eighth century, the author of the first complete biography of Muhammad set out a plan for a history of the world that culminated with the advent of Muhammad and the religion of Islam. The biography not only gave the details of Muhammad's life but also retold the stories of past prophets from an Islamic perspective. The Making of the Last Prophet is an examination of the reshaping and retelling of the biblical past to form the image of Muhammad as the "Seal" of the prophets of God. Through a translation of the reconstructed Arabic text, the sources, the form, and uses of the eighth-century biography are examined for the ways in which attitudes toward Muhammad were shaped in early Islam. The work particularly underscores the interplay of Jewish, Christian, and other Near Eastern religious ideals in the formation of Islam's notions of prophethood.

Gordon Darnell Newby is the chair of the Department of Middle Eastern and South Asian Studies at Emory University and a professor in the Graduate Program of West and South Asian Religions. His books include A History of the Jews of Arabia and A Concise Encyclopedia of Islam.

"Newby has provided us with a rich compilation of early Islamic material that is of interest both to Islamicists and to students of religion interested in hagiography, prophetology, and the development of sacred tradition. . . . This is a doubly laudable work: first, because of its reconstruction from later sources of an otherwise 'lost' eighth-century c.e. text, the first half of Sîrat Rasûl Allâh of Ibn Ishâq (d. 767); and, second, because of its rendering of the extant fragments as a continuous text presented in reliable, yet idiomatic and accessible English translation."—History of Religions

"The book's importance is enormous. No one else has worked through this opaque and largely unused material to the extent that the author has done in the present volume. . . . No one who is concerned with formative literary elements in the classical period of Islam will be able to ignore this book."—Bruce Lawrence, Duke University