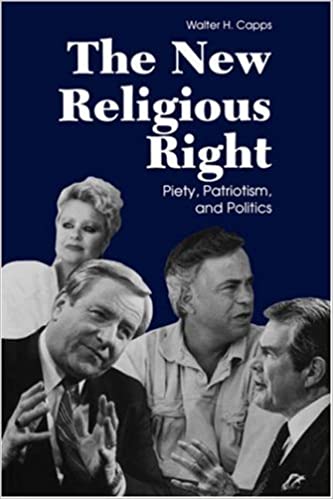 The appeal of the fundamentalist phenomenon

In his analysis of the conservative movement that continues to make headlines, Walter H. Capps examines why the fundamentalist Christian viewpoint has struck such a resonant chord with present-day Americans. Exploring the movement through the actions and intentions of its charismatic leaders—Jerry Falwell, Francis Schaeffer, Bob Jones, Pat Robertson, and Jim and Tammy Bakker—he assesses the significance of the New Religious Right and places it in a larger sociopolitical and religious framework.

Based on candid interviews with New Religious Right protagonists and visits to the regions where the movement originated, Capps presents the theology of those leaders and considers whether this "counter-cultural" movement is becoming more centrist and acceptable to American society.


Walter H. Capps has taught at the University of California-Santa Barbara since 1964, where he is professor of religious studies. He holds a B.D. from Augustana Theological Seminary and an S.T.M. from Yale Divinity School.

"Capps, better than anybody I have read, penetrates the ideology of the New Religious Right."—Samuel S. Hill, University of Florida

"A valuable book both for its 'summing up' quality and for the new interpretive themes it sounds."—Journal of the American Academy of Religion