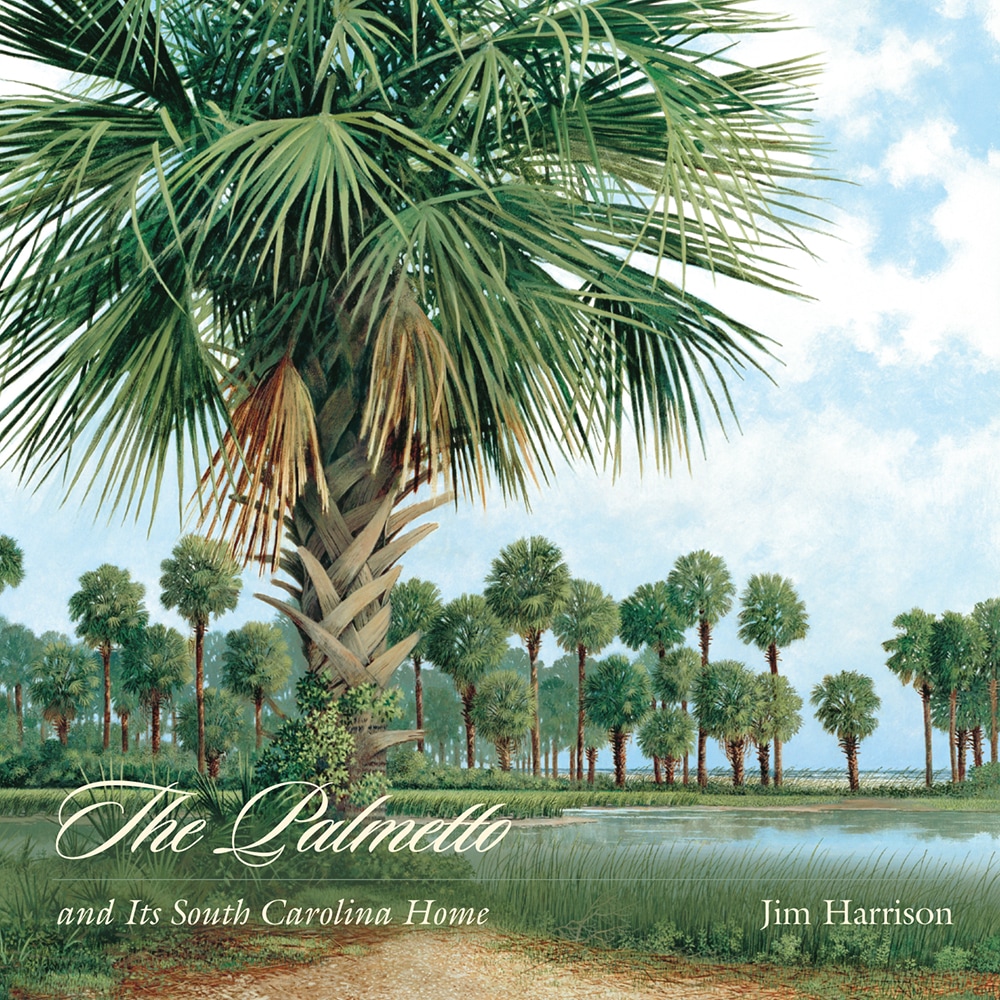 The Palmetto and Its South Carolina Home

With its fanlike evergreen fronds, soft trunk, and strong root system, the palmetto is a wind-adapted palm that can bend with strong sea breezes without breaking or being uprooted. Emblematic of survival against opposition, the palmetto tree has captured the imaginations of South Carolinians for generations, appearing on the state seal since the American Revolution and on the state flag since 1861. The palmetto was named South Carolina's official state tree by Governor Burnet R. Maybank in 1939, and in 1974 Governor John C. West commissioned acclaimed South Carolina artist Jim Harrison to paint the official palmetto tree portrait for the State of South Carolina, an image that adorns the State House to this day. The Palmetto and Its South Carolina Home showcases the timeless, natural beauty of the state tree in marshland and coastal landscapes in the popular Harrison style.

Appearing on glassware, stationery, jewelry, and many other decorative and functional objects, the palmetto tree is an omnipresent symbol in South Carolina culture. For Harrison, the palmetto remains foremost an icon of the wondrous Carolina coastal habitats. Sweeping images of the coast have been part of Harrison's art since the beginning of his career, and he continues to illustrate his love of the South Carolina coast by capturing the beauty of the state tree amid the many stunning and enchanting scenes included here.

The Palmetto and Its South Carolina Home also explores the historical background of the tree and its many ties to South Carolina's heritage as a symbol of strength and beauty worthy of this artistic celebration.


Jim Harrison describes himself as a mood realist artist. Through his work he seeks to evoke in the viewer the same deep appreciation he holds for America's scenic heritage. Harrison has devoted much of his life and art to the preservation of the past. He studied art at the University of South Carolina and launched his professional career in 1971 on the sidewalks of New York's Greenwich Village. Harrison's first book, Pathways to a Southern Coast, was published by the University of South Carolina Press in 1986 and was brought back into print in 2009.