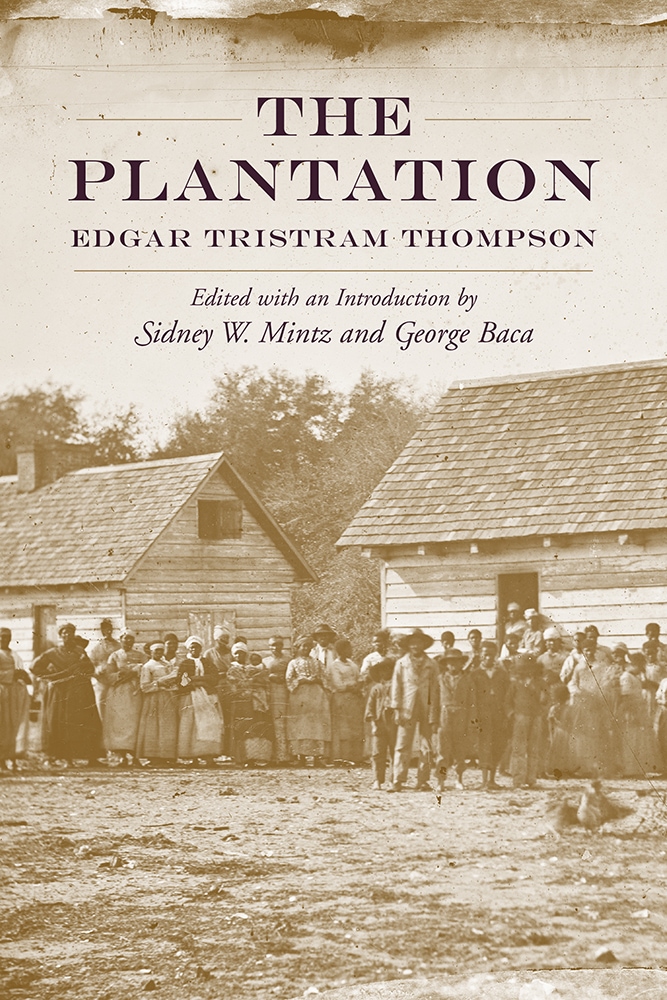 A rare classic in American social science, Edgar Thompson's 1932 University of Chicago dissertation, "The Plantation," broke new analytic ground in the study of the southern plantation system. Thompson refuted long-espoused climatic theories of the origins of plantation societies and offered instead a richly nuanced understanding of the links between plantation culture, the global history of capitalism, and the political and economic contexts of hierarchical social classification. This first complete publication of Thompson's study makes available to modern readers one of the earliest attempts to reinterpret the history of the American South as an integral part of global processes. In this Southern Classics edition, editors Sidney W. Minz and George Baca provide a thorough introduction explicating Thompson's guiding principles and grounding his germinal work in its historical context.

Thompson viewed the plantation as a political institution in which the quasi-industrial production of agricultural staples abroad through race-making labor systems solidified and advanced European state power. His interpretation marks a turning point in the scientific study of an ancient agricultural institution, in which the plantation is seen as a pioneering instrument for the expansion of the global economy. Further, his awareness of the far-reaching history of economic globalization and of the conception of race as socially constructed predicts viewpoints that have since become standard. As such, this overlooked gem in American intellectual history is still deeply relevant for ongoing research and debate in social, economic, and political history.

Sidney W. Mintz is a research professor in the Department of Anthropology at Johns Hopkins University and the author of Sweetness and Power: The Place of Sugar in Modern History and Three Ancient Colonies: Caribbean Themes and Variations.

George Baca is a research scholar in anthropology at John Jay College of Criminal Justice in New York and Dong-A University in Pusan, South Korea. He is an associate editor of Dialectical Anthropology and the author of Conjuring Crisis: Racism and Civil Rights in a Southern Military Town.