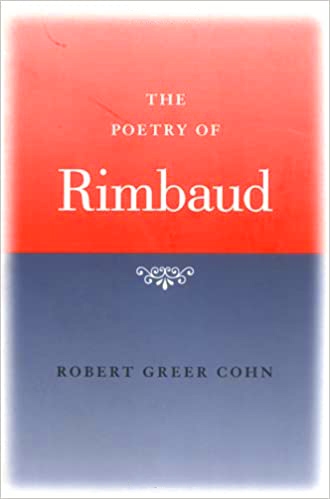 The Poetry of Rimbaud

The standard work on Rimbaud returns to print

In this proven study on Arthur Rimbaud, the world's leading authority on Stéphane Mallarmé provides a guide to the understanding and appreciation of Rimbaud's entire poetic oeuvre. Robert Greer Cohn begins with an outline of the poet's life, focusing particularly on a childhood and adolescence that produced astoundingly original and frequently exquisite works, the whole body of poetry by a writer who ended his literary creation in his twentieth year.

Cohn's analysis, combined with a substantial introduction, weaves together the known biographical facts with major clues from the poems to present a coherent portrait of the inner and outwardly imaged world of the young poet. Cohn draws on nondoctrinaire and open-minded approaches of modern depth psychology and philosophy and, most particularly, on the dazzlingly integral cosmic vision of Mallarmé.

The resulting unified view affords insights into the meaning of many difficult passages, especially in the most hermetic and resistant of the Illuminations. Cohn also reveals the early poems, which heretofore received little attention, to be rich in poetic humanity. He suggests that the seeds of Rimbaud's later development lie in these early poems, which provide convincing paths into subsequent complexities.


Robert Greer Cohn is best known for his lifetime work on Mallarmé. The founding editor of Yale French Studies and author of fifteen books of literary criticism, Cohn is a two-time Guggenheim fellow and professor emeritus of French at Stanford University in Stanford, California.

"Perhaps the best study of Rimbaud in any language."—Henri Peyre

"In language devoid of all jargon, Cohn provides brilliant interpretations of Rimbaud's complete lyrical production. This is an important new book on Rimbaud."—Virginia Quarterly Review

"An elaborate book of interpretive criticism."—Commonweal