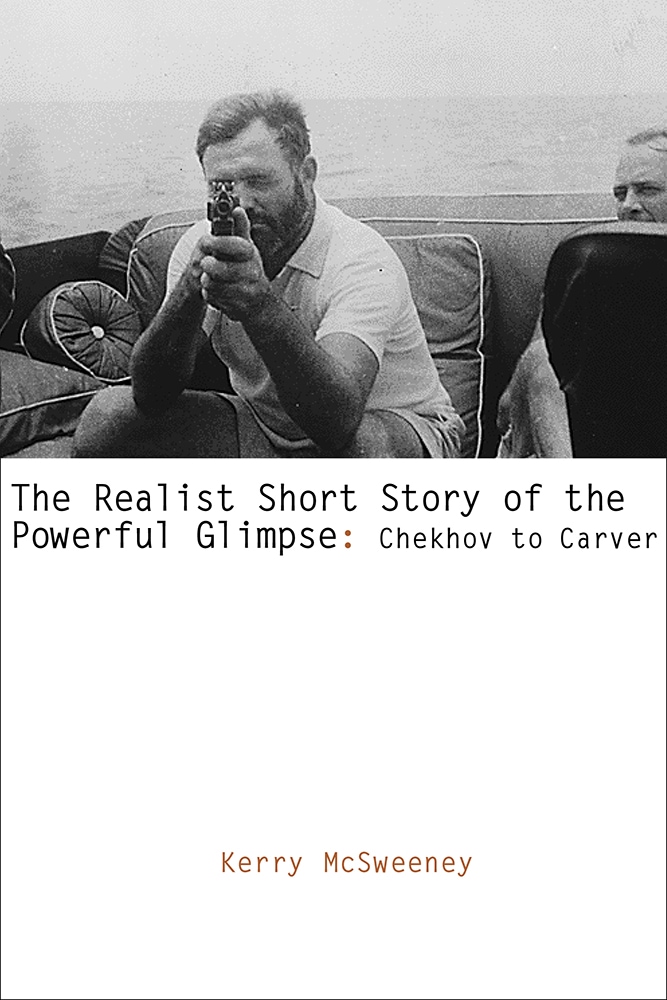 The Realist Short Story of the Powerful Glimpse

An aesthetic perspective on the short fiction of Chekhov, Joyce, Hemingway, O'Connor, and Carver

Taking a distinctively aesthetic approach to the genre of realist short fiction, Kerry McSweeney clusters the work of five masters—Anton Chekhov, James Joyce, Ernest Hemingway, Flannery O'Connor, and Raymond Carver—to offer a poetics of the form for students and scholars. At the center of this argument is the notion that the realist short story is a glimpse—powerful and tightly focused—into a world that the writer must precisely craft and in which the reader must fully invest.

Selecting writers from different generational, national, and cultural backgrounds, McSweeney chooses writers based on their commitment to the realist representation of experience and their shared belief in the importance and efficacy of the short story form. By considering their efforts in tandem, he develops a means to assess the strategies and claims of realist short fiction.

McSweeney demonstrates that when the comments these writers have made about their work are assembled and critically scrutinized, the result is an aesthetic critical model—as opposed to more interpretative models that focus attention on the determination (or indetermination) of meanings. He suggests that a fully adequate reading of a realist short story involves the integration of three components: the enjoyment and contemplation of the story in and of itself; affective receptivity, or a response to the story's emotional content; and cognitive activity, or the reflective consideration of the story's conceptual implications.

In individual chapters on Chekov, Joyce, Hemingway, O'Connor, and Carver, this presentational model is applied to widely known and often anthologized readings from each writer. McSweeney brings into sharp focus the distinctive features of each piece, makes qualitative discriminations, and assesses the profitability of other critical models. He concludes with an invitation to test the mettle of his approach in reading other realist short story writers.


Kerry McSweeney is the Molson Professor of English at McGill University in Montreal, where he teaches courses in nineteenth- and twentieth-century British and American literature. His previous books include The Language of the Senses: Sensory-Perceptual Dynamics in Wordsworth, Coleridge, Thoreau, Whitman, and Dickinson; Supreme Attachments: Studies in Victorian Love Poetry; What's the Import?; and Nineteenth-Century Poems and Contemporary Critical Practice.

"Kerry McSweeney's examination of five short-story writers in the context of their own methodology, and their re-inscriptions of stories in the realist tradition, shifts away from the contemporary emphasis on cultural studies toward the aesthetics of the textâ"the reader's experience. His use of contemporary scholarship is concise and wide, his readings of selected stories sharp and convincing. This selective but carefully conducted study of Chekhov, Joyce, Hemingway, O'Connor and Carver will take its place among several excellent short studies written in the last ten years."—John Gerlach, professor emeritus of English, Cleveland State University