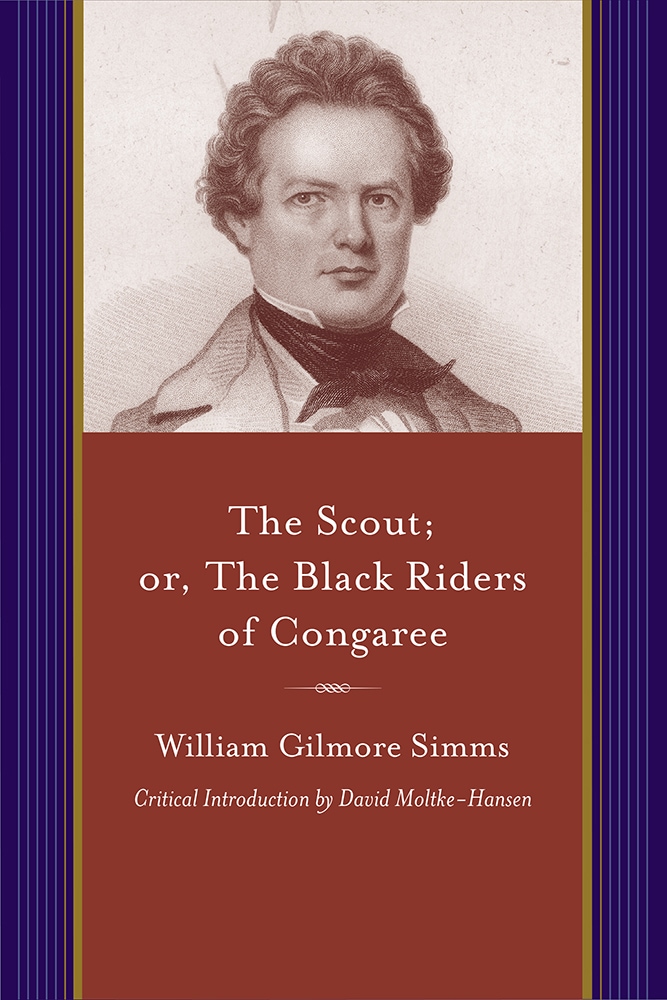 Or, the Black Riders of Congaree

William Gilmore Simms's third novel of the Revolutionary War (fifth in order of plot chronology) tells the story of familial conflict in the context of war and a broad-minded exploration of patriotism across classes. The Scout opens shortly after the Battle of Hobkirk's Hill (also called the Second Battle of Camden) in May 1781. The action ends with the British departure from the Star Fort at Ninety Six, South Carolina the following month. One of the two major plotlines dramatizes the sibling tension between partisan leader Clarence Conway and his brother Edward, who secretly heads the Tory band of "Black Riders." Couched primarily in political terms, the conflict between the brothers is furthered because both desired the affection of Flora Middleton, a virtuous and spunky patriotic heroine. The second plotline focuses on a character who is arguably one of the most fully-realized and engaging figures in Simms's corpus, John "Supple Jack" Bannister. One of the finer productions in Simms's tradition of memorable backwoodsmen, Supple Jack speaks in an authentic fronteirsman voice, and is an analogous to scrappy Revolutionary America itself. He is thus a fitting contrast and complement to the elite gentleman of the military caste. The Scout was originally called The Kinsman, and this change reflects of the impact of Supple Jack as the main plot of the novel, rather than the brotherly conflict.