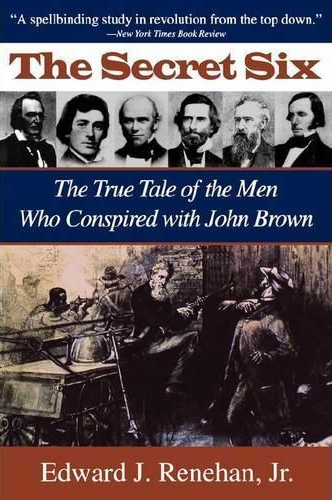 The True Tale of the Men Who Conspired with John Brown

"A spellbinding study in revolution from the top down."—New York Times Book Review

Most Americans know that John Brown's raid on Harpers Ferry was one of the events that sparked the Civil War, but very few know the story of how a circle of Northern aristocrats covertly aided Brown in his quest to ignite a nationwide slave revolt. These influential men, who called themselves the Secret Six, included the editor of the Atlantic Monthly, a world-famous physician, a Unitarian minister whose rhetoric helped shape Lincoln's Gettysburg Address, an educator and close friend of Emerson and Thoreau, and two prominent philanthropists. Edward J. Renehan, Jr., recounts how these pillars of Northern society came to believe that armed conflict was necessary to purge the United States of a government-sanctioned evil, how the messianic Brown enlisted their support, and how they sought to cover up their association with him—even perjuring themselves before a congressional investigation—after his bloody debacle.

Edward J. Renehan, Jr. is the author of John Burroughs: An American Naturalist and a contributor to the American Scholar and other publications. He lives in North Kingstown, Rhode Island.

"Renehan admirably works himself into the inner circle of these would-be conspirators for good."—Garry Wills, author of the Pulitzer Prize-winning Lincoln at Gettysburg

"In vivid prose, The Secret Six unravels the mysteries of the six prominent abolitionists who supported John Brown but abandoned him to his fate after the ill-starred raid at Harpers Ferry."—James M. McPherson, author of the Pulitzer Prize-winning Battle Cry of Freedom: The Civil War Era