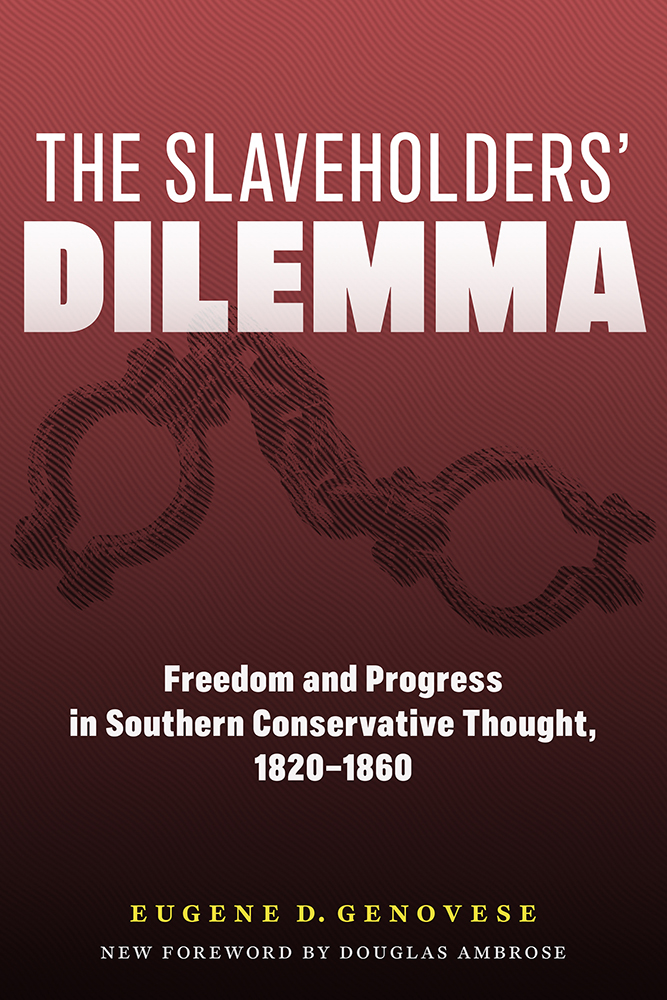 In The Slaveholders' Dilemma, Eugene D. Genovese explores the efforts of American slaveholders to reconcile the intellectual dilemma in which they found themselves as supporters of freedom but defenders of slavery. In the American South slaveholders perceived themselves as thoroughly modern, moral men who protected human progress against the perversions of the Enlightenment and the French Revolution. Surprisingly, they also accepted the widespread idea that freedom generated the economic, social, and moral progress they embraced as their own cause. Nonetheless, they continued to defend slavery. In this compact but densely argued volume, Genovese rehearses the central arguments that would define the latter portion of his career, thus offering a window not only into the mind of the master class but also the mind of one of the most important scholars of the American South.

A new foreword is provided by Douglas Ambrose, professor of history at Hamilton College and author of Henry Hughes and Proslavery Thought in the Old South.

Eugene D. Genovese (1930–2012) was Distinguished Scholar-in-Residence at the University Center in Atlanta, Georgia. He was awarded the Bancroft Prize in 1975 for Roll, Jordan, Roll: The World the Slaves Made.

"Genovese subjects the contradictions of conservative proslavery thought to a respectful if withering critique."—American Historical Review

"This study, based on unparalleled familiarity with the writings of antebellum southern thinkers, has much to tell us about topics that have long interested historians: the slaveholders' world view, its relationship to that of Americans (and Westerners) in general, and the persistent question of southern distinctiveness."—The Journal of American History

"Genovese lays bare the contradictions of the proslavery argument. Contrary to southern claims, free labor produced greater material progress. Slaveholders inconsistently pictured the North as powerful and aggressive, and in the next breath, maintained that the social system of the North was collapsing. By taking seriously the work of southern political theorists, economists, and theologians, Genovese offers penetrating insights into the world view of slaveholders. His study deserves a wide audience."—The Journal of the Early Republic

"With The Slaveholders' Dilemma, Eugene Genovese reminds us once again why he is both the most influential and the most controversial southern historian of his generation. No modern scholar has succeeded in writing with empathy about both slaves and slaveholders as well as Genovese, and this slender volume offers a cogent and forceful statement of Genovese's most recent thinking on what he considers the distinctive conservatism of the Old South."—Reviews in American History