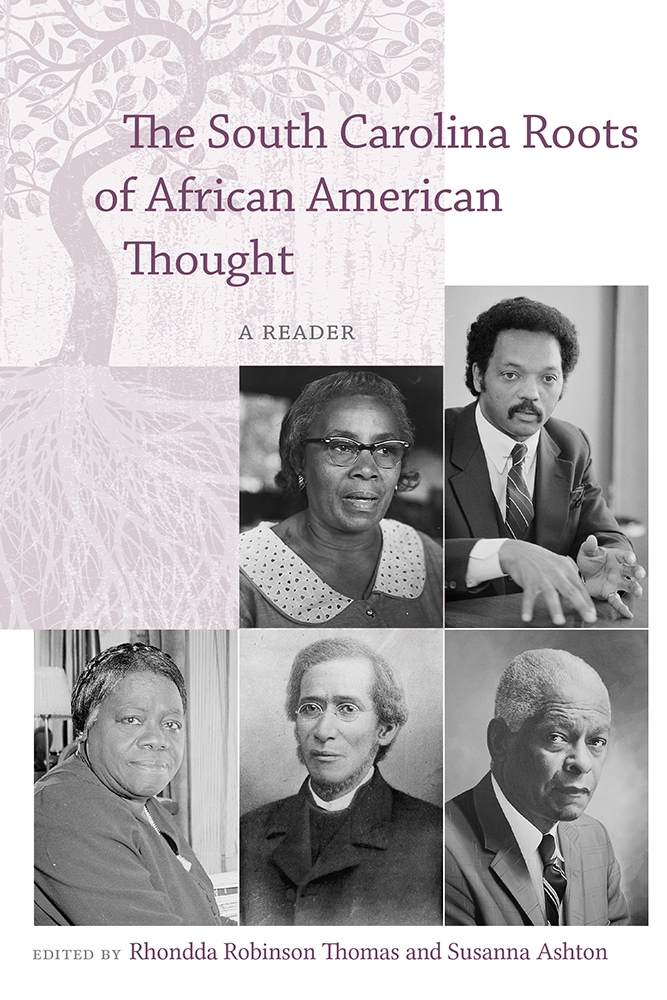 South Carolina has always loomed larger in the national imagination, particularly in terms of political and social policy, than its size and population might justify. The audacity and the often astonishing character of thinkers and political figures who have hailed from this region might suggest that climate affects personality. Edward Rutledge challenged the condemnation of the slave trade in the initial draft of the Declaration of Independence; John C. Calhoun penned the audacious philosophy of state nullification; Citadel cadets fired shots at Fort Sumter; and Senator Strom Thurmond defended racial segregation with the longest filibuster in Senate history. South Carolina has always used its passion to influence national debate.

Rhondda Robinson Thomas and Susanna Ashton seek to remedy in this collection the singularly narrow way in which South Carolina's intellectual character has been defined in the popular imagination. Thomas and Ashton document an equally important tradition that parallels that of white radical thought. Through this anthology they reveal a tradition of national prominence and influence of black intellectuals, educators, journalists, and policy analysts from South Carolina. These native and adopted citizens mined their experiences to shape their own thinking about the state of the nation. Francis Grimké, Daniel Payne, Mary McLeod Bethune, Kelly Miller, Septima Clark, Benjamin Mays, Marian Wright Edelman, and Jesse Jackson have changed this nation for the better with their questions, challenges, and persistence—all in the proudest South Carolinian tradition.

In The South Carolina Roots of African American Thought, each of the nineteen authors is introduced with a supplementary scholarly essay to illustrate the cultural and historical import of their works and to demonstrate how they draw upon and distinguish themselves from one another. These connections exhibit a coherent legacy of engagement, brought on and nurtured by South Carolina traditions.

Rhondda Robinson Thomas, an assistant professor of English at Clemson University, is the author of Exodus: A Cultural History of Afro-Atlantic Identity, 1774–1903 and the editor of Jane Edna Hunter's autobiography, A Nickel and a Prayer.

Susanna Ashton is a professor of English at Clemson University and the author of Collaborators in Literary America, coeditor of These "Colored" United States: African American Essays of the 1920s, and editor of I Belong to South Carolina: South Carolina Slave Narratives, a Choice magazine Outstanding Academic Title for 2010.

"Thomas and Ashton offer an extensive examination of the profound questions of race, personal identity, and public policy in America. These selected texts by renowned African American scholars, writers, activists, and public intellectuals of the past and present, marshal an impressive knowledge, and their analyses are wide ranging and deep. These key interpretive and explanatory essays present an extraordinary contribution to historical understanding and add fresh perspectives to the study of slavery and abolition, segregation, the civil rights movement, education policy, and current issues today."—Orville Vernon Burton, professor of history, Clemson University, and author of In My Father's House Are Many Mansions: Family and Community in Edgefield, South Carolina and The Age of Lincoln

"This superb collection captures both the range and the richness of the African American intellectual tradition. Defying neat categorization, it serves as a signal reminder that all of South Carolina's most iconic thinkers and writers have long engaged each other across chasms of race, gender, and class. Indeed, the presence of these contesting voices further illuminates the Palmetto State's importance in key national debates over freedom, equality, and full citizenship."—Katherine Mellen Charron, associate professor, Department of History, North Carolina State University, author of Freedom's Teacher: The Life of Septima Clark

"The South Carolina Roots of African American Thought is a fresh, informative addition to the story of African Americans in the south, most especially South Carolina. The book adds not only to our knowledge about southern history, but also to the field of American history. It gives the reader the historical and cultural context of African American lives and should be an essential resource for the classroom teacher who uses primary source materials."—Frances Jones-Sneed, professor of history, Massachusetts College of Liberal Arts

"I enthusiastically recommend this creatively assembled and much-needed anthology. Ranging from the antebellum period to our present moment, the collection makes a strong case that South Carolina helped to inspire distinctive traditions of African American writing. Thomas and Ashton do an expert job of annotating and framing the fascinating selections in their volume."—Robert S. Levine, Distinguished University Professor of English, University of Maryland

"The South Carolina Roots of African American Thought includes a varied selection of letters, autobiographical excerpts and speeches, an engrossing introduction and thorough and lively scholarly pieces that accompany each of the selections. Compelling and accessible, this book highlights the extraordinary contributions and critiques made my some of the most well-known Black thinkers of the last 150 years."—P. Gabrielle Foreman, Ned B. Allen Professor of English and Professor of Black Studies, University of Delaware