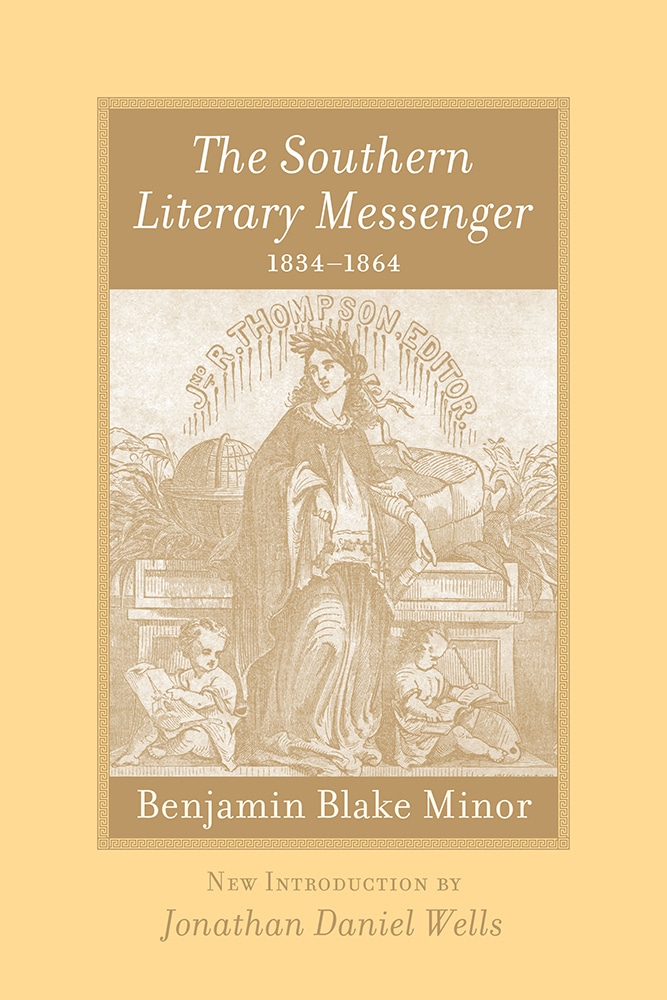 The Southern Literary Messenger enjoyed an impressive thirty-year run (1834-1864) and was in its time the South's most important literary periodical. Published in Richmond, Virginia, the monthly magazine was edited in its early years by Edgar Allan Poe. In addition to serving as a literary proving ground for Poe, it is also remembered for publishing poems, fiction, and essays by the nation's leading authors—both male and female, northern and southern—including William Gilmore Simms, Paul Hamilton Hayne, Joseph G. Baldwin, John Pendleton Kennedy, Mary E. Lee, and Caroline Lee Hentz.

In 1905 Benjamin Blake Minor (1818-1905), editor of the Southern Literary Messenger during the 1840s, wrote the only book-length study of the magazine. Minor's authoritative account of the journal's history and influence is augmented in this edition with a new introduction by historian Jonathan Daniel Wells that places the magazine and Minor's account in their historical context. Both Wells and Minor reveal significant information found nowhere else about figures and facets of southern literary culture before and during the Civil War. Minor recounts in detail the relationships he forged with notable authors and includes excerpts from correspondence with Poe and others. Most important, Minor identifies and discusses hundreds of lesser contributors who might otherwise remain anonymous.

He also describes the struggles the magazine's editors endured as they published essays on divisive issues like slavery. Avowedly a southern publication, the Southern Literary Messenger was also the one literary periodical published in the slave states that was widely circulated and respected among a northern readership. Throughout much of its run, the journal avoided sectarian political and religious debates, but as Minor recounts, the sectional crisis of the 1850s gave the contents of the magazine an increasingly partisan flavor. By 1860 the magazine's tone had shifted to a defiantly proslavery and pro-South stance. Through Minor's recollection of this editorial transformation, scholars and students of history, journalism, and literature can discern much about how the hot-button topics of slavery and secession were presented in southern intellectual and literary culture in the early stages of the Civil War.


Jonathan Daniel Wells earned his Ph.D. in history from the University of Michigan and is an associate professor of history and dean of the School of Arts and Sciences at Johnson and Wales University in Charlotte, North Carolina. He is the author of The Origins of the Southern Middle Class, 1800–1861.