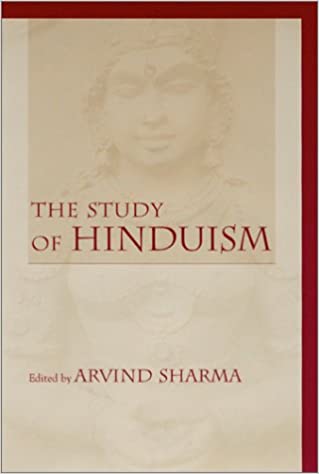 The Study of Hinduism

In The Study of Hinduism, leading scholars from around the world take stock of two centuries of international intellectual investment in Hinduism. Since the early nineteenth century, when the scholarly investigation of Hinduism began to take shape as a modern academic discipline, Hindu studies has evolved from its concentration on description and analysis to an emphasis on understanding Hindu traditions in the context of the religion's own values, concepts, and history. Offering a needed assessment of the current state of Hindu studies, the contributors to this volume identify past achievements and chart the course for what remains to be accomplished in the field.

Casting a tripartite net, the contributors collaborate to achieve an analytical, historical, and topical perspective upon Hindu studies. Among other topics, they evaluate the continuing debates surrounding the meaning of the word Hinduism and the different methods that have been employed in studying the religion. Arvind Sharma, as editor, lays the groundwork for the volume by defining both Hinduism and the role of methods—including historical, anthropological, sociological, and psychological—in its study. Eric J. Sharpe adds to the opening analysis with his consideration of the importance of setting in Hindu studies.

Other contributors review the ways in which Hinduism has been studied. S. W. Jamison and Michael Witzel examine the scholarship about pre-Vedic and Vedic Hinduism and the rituals, mythology, and religious life associated with it; Alf Hiltebeitel, Greg Bailey, and Milton Elder consider scholarly attention to the writing, orality, and divinity of India's epics—the Puranas and the Bhadagvita, respectively—in classical Hinduism; Philip Lutgendorf surveys the recent study of medieval Hinduism, especially its devotional traditions; and Robert D. Baird addresses the work of disciplines such as anthropology, history, and the history of religions as they bear on the investigation of modern Hinduism. Within this broad framework, the contributors also address academic responses to the regional forms of Hinduism and the position of women within the religion.


Arvind Sharma is the Birks Professor of Comparative Religion at McGill University in Montreal, Canada. He has taught in Australia and in the United States. Sharma is the editor of two books widely used in teaching world religions, Women in World Religions and Our Religions. He is also the author of Classical Hindu Thought: An Introduction. Sharma lives in Montreal.

"Arvind Sharma, arguably the foremost Hinduism scholar of our time, has filled a long-standing desideratum by editing this comprehensive volume. The abundance of secondary literature in almost every field of Indian studies has made it nearly impossible even for the specialist to keep track of all relevant publications. This volume will prove useful to students as well as to experts, and it certainly belongs in every college and university library."—Klaus K. Klostermaier, University of Manitoba, author of A Survey of Hinduism

"This is a book of remarkable and discerning scholarship by some of the most distinguished experts in the study of Hinduism. Arvind Sharma has identified a significant hermeneutic gap in the study of this important subject and has marshaled an impressive array of scholars to begin the process of bridging it."—Julius Lipner, Divinity School, Cambridge University