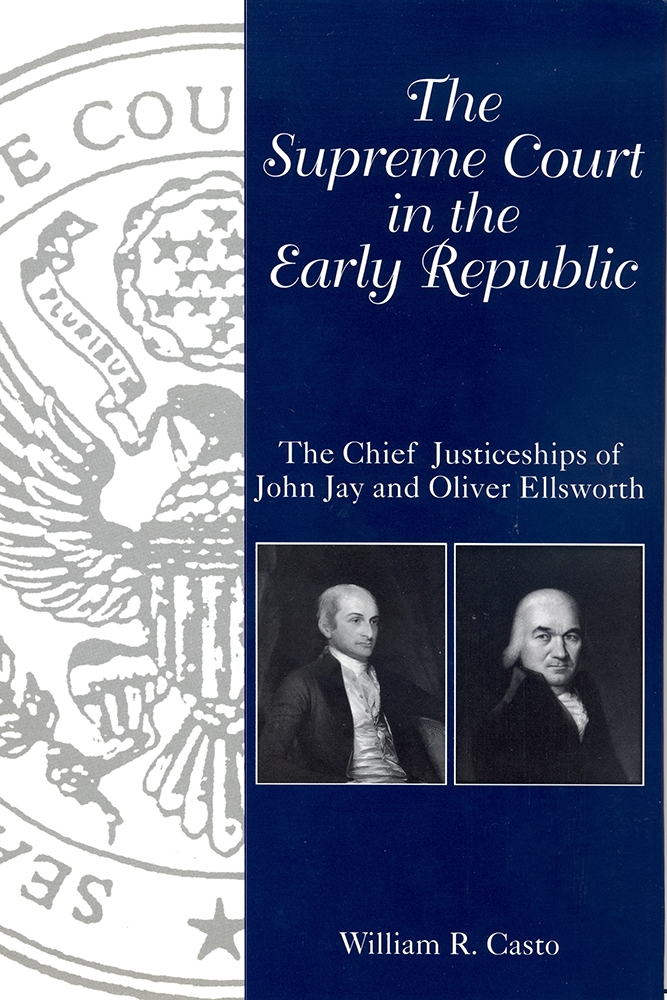 The Supreme Court in the Early Republic

The Chief Justiceships of John Jay and Oliver Ellsworth

William R. Casto sheds a new light on America's federal judiciary and the changing legal landscape with his detailed examination of the Supreme Court's formative years. In a study that spans the period from the Court's tentative beginnings through the appointment of its third chief justice, Casto reveals a judicial body quite different in orientation and philosophy from the current Supreme Court and one with a legacy of enduring significance for the U.S. legal system.

Casto portrays the founding of the Supreme Court as a conscious effort to help the newly established government deal more effectively with national security and foreign policy concerns, and he credits the Court with assisting the Washington and Adams administrations establish stable relationships with Great Britain and France. The initial debate over the Supreme Court's jurisdiction as well as over the method of selecting its justices is recalled here.

Casto also reveals the philosophical mindset of the first Supreme Court, contrasting the eighteenth-century concept of natural law with the legal positivism on which the Supreme Court now relies. Using this historical context, he addresses the political controversy over federal common-law crimes, the drafting of the Judiciary Act of 1789, and the adoption of judicial
review.


William R. Casto is the Paul Whitfield Horn Professor of Law at Texas Tech University. He is the author of Oliver Ellsworth and the Creation of the Federal Republic and Foreign Affairs and the Constitution in the Age of Fighting Sail.

"Capably and boldly reinterprets the historical position and importance of our first Supreme Court as a courageous and quite capable defender of the newly established government."—Wythe Holt, University of Alabama