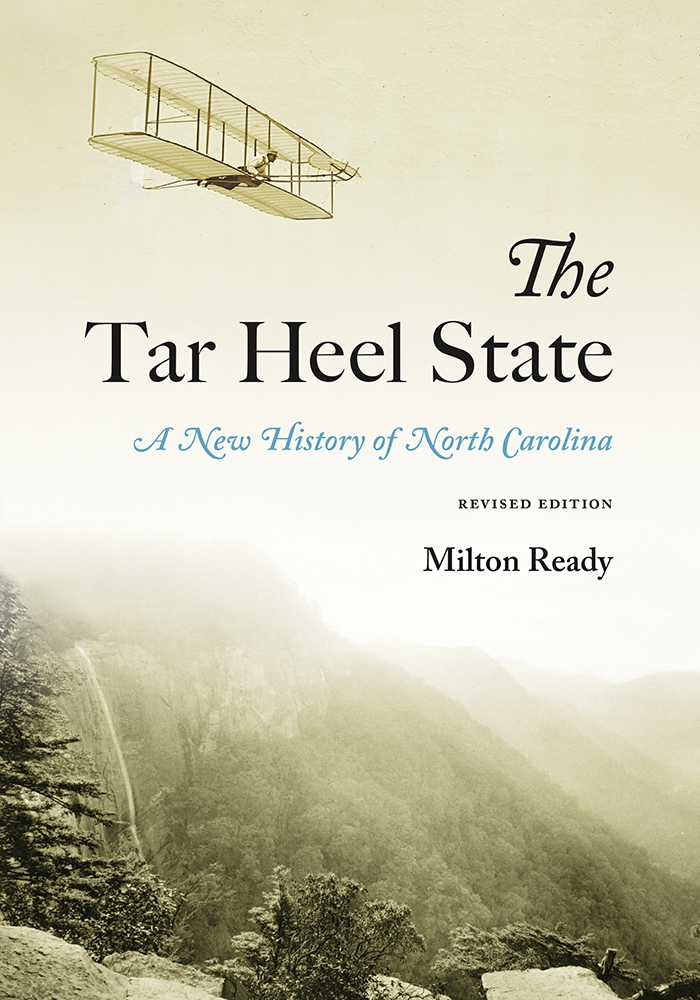 A New History of North Carolina

When first released in 2005, The Tar Heel State was celebrated as a comprehensive contribution to North Carolina's historical record. In this revised edition historian Milton Ready brings the text up to date, sharpens his narrative on the periods surrounding the American Revolution and the Civil War and offers new chapters on the 1920s; World War II and the 1950s; and the confrontation between Jim Hunt, North Carolina's longest-serving governor, and Jesse Helms, a transformational, if controversial, political presence in the state for more than thirty years.

Ready's distinctive view of the state's history integrates tales of famous pioneers, statesmen, soldiers, farmers, and captains of industry; as well as community leaders with often-marginalized voices, including those of African Americans, women, and the LGBTQ+ community that have roiled North Carolina for decades.

This beautifully illustrated volume gives readers a view of North Carolina that encompasses perspectives from the coast, the Tobacco Road region, the Piedmont, and the mountains. From the civil rights struggle to the building of research triangles, triads, and parks, Ready recounts the people, events, and dramatic demographic shifts since the 1990s, as well as the state's role in the rise of modern political conservatism and subsequent emergence as a modern megastate. In a concluding chapter Ready assesses the current state of North Carolina, noting the conflicting legacies of progressivism and conservatism that continue to influence the state's political, social, and cultural identities.


Milton Ready is professor emeritus of history at the University of North Carolina at Asheville. The author of numerous works on North Carolina and Georgia history, he has received the E. Merton Coulter Award for the writing of Georgia history. His works include Remembering Asheville; Mystical Madison: The History of a Mountain Region; Oh Carolina!, and, with Kenneth Coleman, edited numerous volumes of The Colonial Records of Georgia.

"The most original popular history of North Carolina in decades."—Lindley S. Butler, coeditor of The North Carolina Experience: An Interpretive and Documentary History

"The Tar Heel State is a scholarly and compelling story of the divergent experiences of the state's masses—full of interesting facts and details that are often absent in other studies on the same subject."—Joyce Blackwell, president, The Institute for Educational Research, Development and Training

"Ready already made a key contribution to the study and sharing of North Carolina history with the first edition of his book. This updated edition incorporates more sources, a clearer structure, and a helpful section on the past twenty years of state history. With these extra merits, it will likely have even more of an impact on the understanding and study of the Old North State as Ready's first edition had nearly twenty years ago."—The North Carolina Historical Review