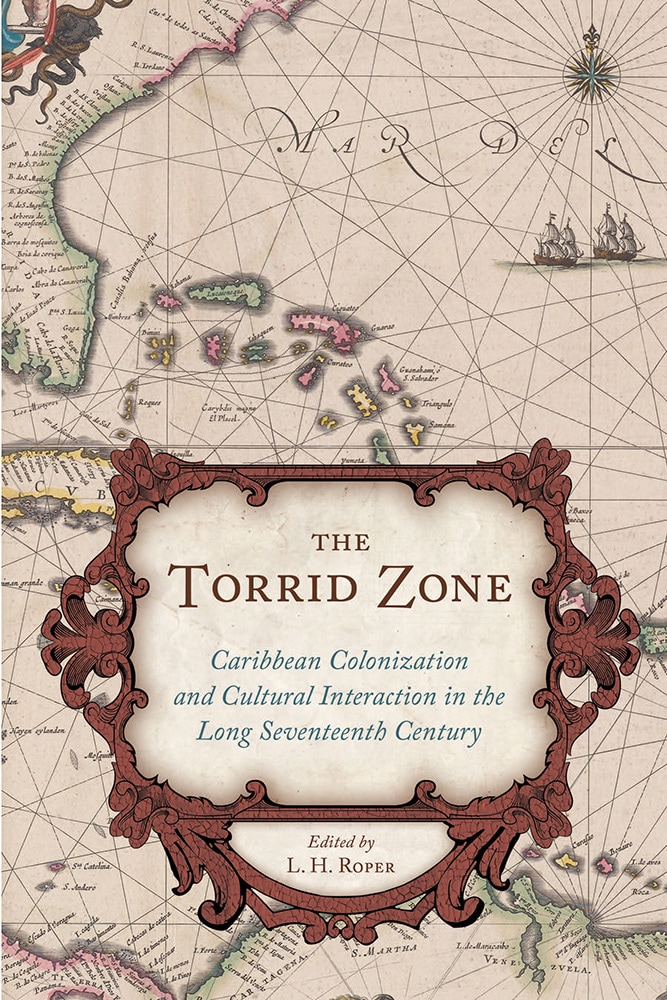 Caribbean Colonization and Cultural Interaction in the Long Seventeenth Century

The first comparative treatment of settlers' trading, pirating, and colonizing activities in the Caribbean

Brimming with new perspectives and cutting-edge research, the essays collected in The Torrid Zone explore colonization and cultural interaction in the Caribbean from the late 1600s to the early 1800s—a period known as the "long" seventeenth century—a time when these encounters varied widely and the diverse actors were not yet fully enmeshed in the culture and power dynamics of master-slave relations. The events of this era would profoundly affect the social and political development both of the colonies that Europeans established in the Caribbean and the wider world.

This book is the first to offer comparative treatments of Danish, Dutch, English, and French trading, pirating, and colonizing activities in the Caribbean and analysis of the corresponding interactions among people of African, European, and Native origin. The contributions range from an investigation of the indigenous colonization of the Lesser Antilles by the Kalinago to a look at how the Anglo-Dutch wars in Europe affected relations between the English inhabitants and the Dutch government of Suriname. Among the other essays are incisive examinations of the often-neglected history of Danish settlement in the Virgin Islands, attempts to establish French colonial authority over the pirates of Saint-Domingue, and how the Caribbean blueprint for colonization manifested itself in South Carolina through enslavement of Amerindians and the establishment of plantation agriculture.

The extensive geographic, demographic, and thematic concerns of this collection shed a clear light on the socioeconomic character of the "Torrid Zone" before and during the emergence and extension of the sugar-and-slaves complex that came to define this region. The book is an invaluable contribution to our understanding of the social, political, and economic sensibilities to which the operators around the Caribbean subscribed as well as to our understanding of what they did, offering in turn a better comprehension of the consequences of their behavior.


L. H. Roper is a professor of history at the State University of New York at New Paltz and coeditor in chief of the Journal of Early American History. His most recent publications are Advancing Empire: English Interest and Overseas Expansion, 1613–1688 and The Worlds of the Seventeenth-Century Hudson Valley, a volume for which he is a coeditor. Roper was a 2015 winner of the SUNY Chancellor's Award for Excellence in Scholarship or Creative Work.

"The Torrid Zone capitalizes on the burgeoning interest in the seventeenth century Caribbean region. Covering a variety of undertakings, especially English but also Dutch, Danish, French and indigenous, this collection makes a welcome contribution to our understanding of a pivotal period in the history of the West Indies."—Carla Gardina Pestana, University of California, Los Angeles

"This illuminating collection of essays brings the Caribbean squarely into the frame of analysis strongly making the case that the experiences and developments of the Caribbean colonies remained crucial to the history of colonial America. The contributions cover the centrality of enslaved people's labor and the actions of Indigenous and peoples of African descent who shaped the history of the region through their resistance, accommodation, and engagement."—Ignacio Gallup-Diaz, Bryn Mawr College

"Using a transnational and multifaceted approach that will appeal to students and scholars alike, The Torrid Zone offers fresh perspectives on both the indigenous and European residents of the seventeenth-century Caribbean. The book reveals the enduring strength of native cultures and the impermanence of European colonies."—Willem Klooster, Clark University

"The chapters collected in The Torrid Zone demonstrate the historical significance of the long seventeenth century as the foundational period that shaped the emergence of the Greater Caribbean. Each author offers new insights into old issues and debates, while drawing attention to new areas of inquiry. A splendid collection of refined scholarship that stirs the mind and imagination."—David Barry Gaspar, Duke University