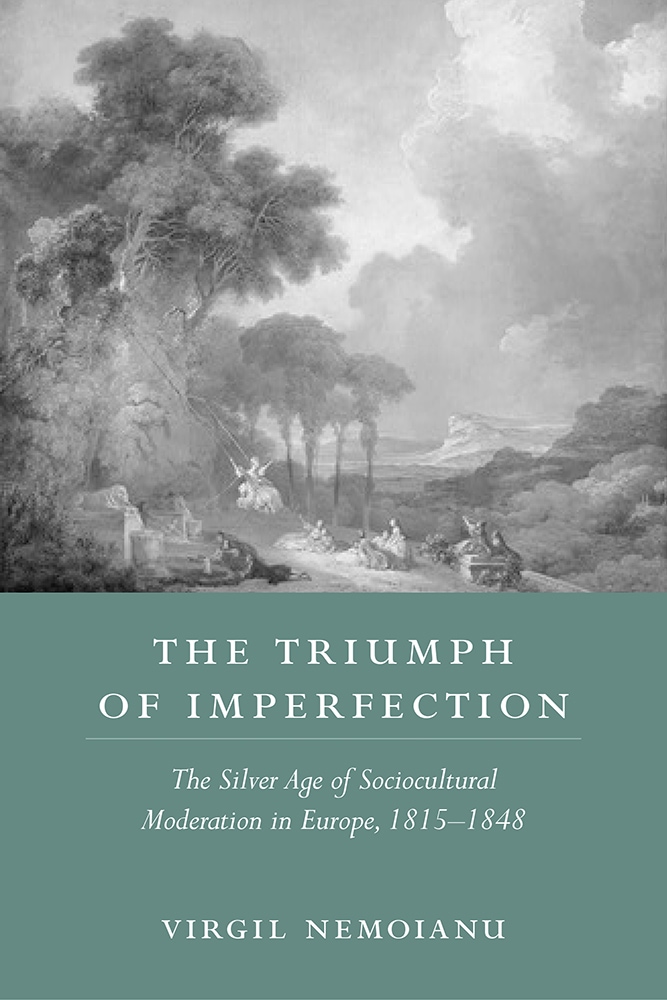 The Triumph of Imperfection

The Silver Age of Sociocultural Moderation in Europe, 1815-1848

European Romanticism inverted and reassessed, with an eye to contemporary debates

In this sequel to his Harry Levin Prize-winning The Taming of Romanticism, Virgil Nemoianu expands his survey of the intellectual and literary movement that swept Europe in the early and middle decades of the nineteenth century to include rarely studied paraliterary texts in historiography, travel writing, and religious exposition. With The Triumph of Imperfection, Nemoianu traverses literary terrain beyond the canon to gauge the impact of late romanticism's moderate tone on the upheaval, revolution, and agitation associated with the advent of the modern era. He suggests that writers and scholars of the period 1815-1848 wielded tools of discourse in such a way as to integrate the new ideals of modernity peacefully and calmly into the normal evolution of society.

Subverting the conventional approach to romanticism, Nemoianu argues for a balance between works composed in Western and Central Europe. From this fresh starting point, he analyzes texts from authors both remembered and forgotten, including Johann Wolfgang von Goethe, François Auguste-René de Chateaubriand, and Robert Southey. He considers their approach to educational techniques, the aesthetics of religion, and the interplay of history writing with fiction and contends that, in dealing with the radical changes of their day, thinkers, writers, statesmen, and reformers of the period sought a practical accommodation between the avalanche of revolutionary ideas and the intellectual history that had shaped the past millennia. Nemoianu suggests that at the center of this reconciliation was an acceptance of the notion of imperfection, of partial victories, and of a deliberate search for moderation and balance.

Sure to spark scholarly debate, Nemoianu underscores the value and relevance of the moderating influences he finds in romanticism for the intellectual and social questions facing the current century.


Virgil Nemoianu is the William J. Byron Distinguished Professor of Literature and Ordinary Professor of Philosophy at the Catholic University of America in Washington, D.C., and has taught at the Universities of Bucharest, California, London, Cambridge, Cincinnati, and Amsterdam. A member of the European Academy of Arts and Sciences, Nemoianu has written, edited, or translated twenty books. He has received Fulbright, Humboldt, and National Endowment for the Humanities fellowships as well as a lifetime achievement award from the Romanian Cultural Institute.

"The Triumph of Imperfection reclaims a remarkable range of unconventional writings from historians, religious thinkers, travel writers and those who defy classification. Nemoianu shows us that, despite the evident intensities of high Romanticism's genius figures and political fanaticisms, the real tenor of the age was carried by a mass of lesser individuals and widespread literary forms and trends that diffused and moderated the conflicts of the era."—Marshall Brown, author of The Gothic Text and Preromanticism

"Awesome in intellectual breadth, profound in cultural ideas, and genuinely comparative in linguistic scope, The Triumph of Imperfection is a real triumph—a stunning complement to Nemoianu's earlier The Taming of Romanticism. Looking beyond the literature of 1815–1848, the author here shows how the implosion of romanticism in Europe and America manifested itself in historiography, religious thought, travel writing, multiculturalism, and the 'ethos of learning,' while exposing provocative parallels to many issues of our own times."—Theodore Ziolkowski, author of German Romanticism and its Institutions and Ovid and the Moderns