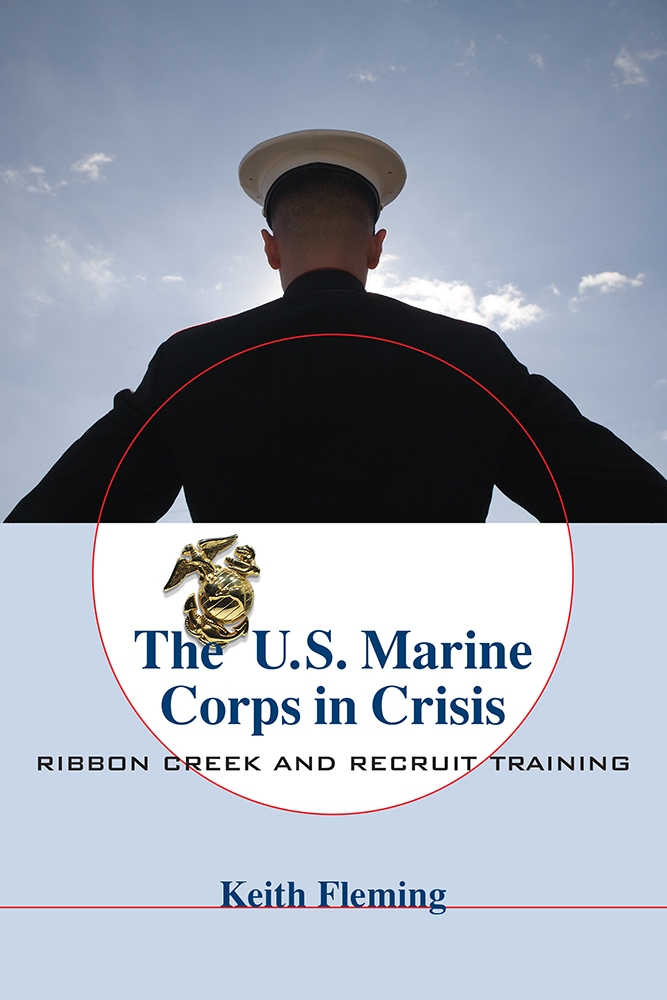 The U.S. Marine Corps in Crisis

In 1956, a Marine drill instructor led his recruit platoon on a punitive night march across Ribbon Creek, a tidal stream at the Parris Island, South Carolina, recruit depot. Six men drowned, and the resulting court-martial became a national media sensation putting the future of the corps into question. Written by a senior historian at the Marine Corps Historical Center, The U.S. Marine Corps in Crisis explores the social, political, and historical context of this tragic moment in U.S. military history as a case study in how bureaucratic institutions undertake internal reform and offering a valuable vantage point on tensions in American society during the 1950s.

This book also provides insights into the political relations between Congress and the military during the 1950s, as well as the power wielded by committee chairmen in Congress during that period. Another significant portion of the book examines military-press relations in the post-Korean era and shows how the seeds were sown for the press's later disenchantment with the military during the Vietnam War. Finally, in describing the legal battle waged by a prominent lawyer on behalf of a Marine drill instructor, it highlights the ideals and goals which liberal Americans were soon to turn toward the civil rights movement. In short, the book provides a lens for examining American society during the 1950s.

Keith Fleming is a native of Abbeville, South Carolina. As a U.S. Marine, he had three years enlisted service followed by ten years as an officer. As a first lieutenant, Dr. Fleming commanded a rifle platoon in the U.S. intervention in the Dominican Republic in 1965, and the following year assumed command of a rifle company in the 1st Marine Division in Vietnam. After leaving USMC in 1973, he earned a B.A. and an M.A. at the University of Alabama. He then recieved his Ph.D. in American Military History from Ohio State University. A former historian in the History and Museums division at the U.S. Marine Corps Headquarters, Dr. Fleming is currently head of the Historical Section, MAGTF Warfighting Center, Marine Corps Combat Development Command at Quantico, Virginia.

"Readers of Marine Corps history will appreciate this view of a long-overlooked era. The author had access to the personal papers of the principal protagonists in the tragedy as well as the official records. The result is a carefully researched and well-written study worthy of a serious read both by Marines and by students of contemporary sea-service history.Proceedings"—Proceedings

"Fleming brings a knowledgeable eye and a discerning sense to Marine boot camp, an American institution that is much discussed but little studied or understood."—Infantry

"Fleming's study coolly dissects a major event in U.S. Marine Corps history [and] offers food for thought for military historians, defense policy analysts and shapers, and penologists as well as those concerned with group process, politics, and human conflict."—Journal of Southern History

"A valuable study of how a prestigious, even revered, organization can successfully react to a tragic incident that if mishandled could cause deep and lasting harm. . . . A commendable introduction to an event that helped shape a generation."—Bimonthly Review of Law Books

"This is much more than the story of one lone drill instructor's misguided attempt to 'instill discipline' into his platoon. Rather it is a look at the Marine Corps, at recruit training in particular, as an institution and at how changes in the institution allowed an incident like Ribbon Creek to happen."—Marine Corps Gazette

"Fleming traces the development of Marine boot-camp training since its inception on Parris Island in 1915, explaining why physical abuse of recruits became excessive in the post-Korean War era and revealing the changes put into effect after Ribbon Creek."—Publishers Weekly

"Fleming does an exceptionally even-handed job on the touchy subject of how an increasingly unskilled American youth can be turned into something resembling a military specimen. It is another paradoxical confrontation of ends and means, civil rights versus pragmatic necessity."—West Coast Review of Books