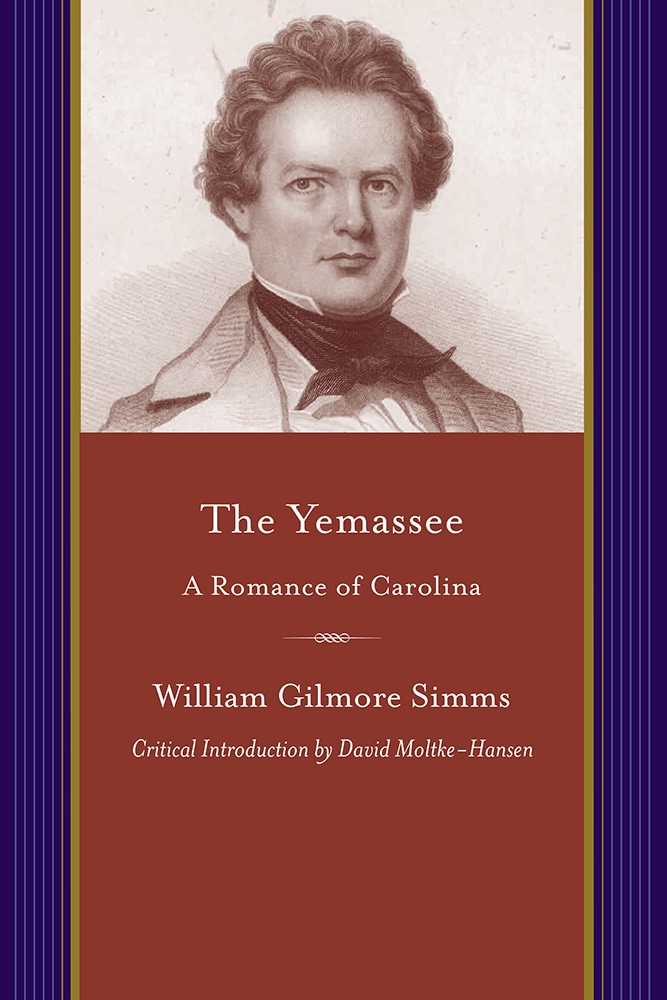 A Romance of Caroline

Set on the South Carolina frontier, Simms's third book-length fiction and first colonial romance treats the Yemassee War of 1715-17, when the Yemassee Indians, with their Spanish and Native American allies, attacked the low country colonial settlements. Writing in the midst of the removal of natives from east of the Mississippi to the newly created Indian Territory in the future Oklahoma, Simms emphasized such motives for the war as the colonists' need for land, the conflict between rival European powers over territory they claimed, and the inevitability of native displacement, given these European-derived ambitions and predations, as well as the attendant power inequalities.