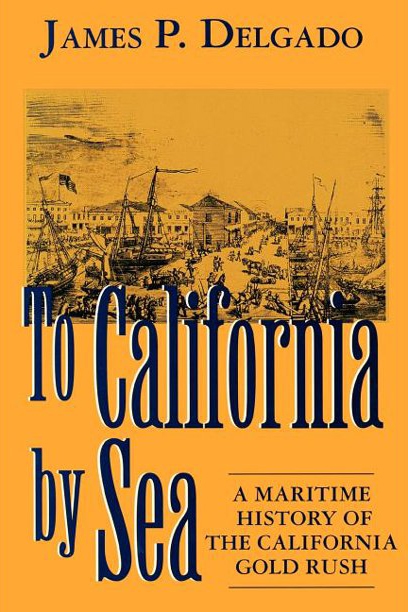 To California by Sea

A Maritime History of the California Gold Rush

The adventures and hardships of seafaring gold seekers

In December 1848, spurred by President James K. Polk's confirmation that fabulous riches had indeed been discovered in far-off California, more than a thousand ships set sail for San Francisco. These ships, filled with eager fortune hunters, launched the maritime arm of America's largest gold rush. In To California by Sea, James P. Delgado provides a comprehensive examination of the Gold Rush from the perspective of the mariners and demonstrates that maritime activity is a pervasive thread in the event's history.

Delgado vividly details the adventures and hardships of sea-going gold seekers as they sailed to California by way of Cape Horn or the waterways of Panama. He chronicles the establishment of the port of San Francisco, the rise of rough-and-ready seafaring law on the bay, and the role of the U.S. Revenue Marine (the present-day Coast Guard) in regulating the port. He also explores the powerful impact of the Gold Rush on maritime trade along the Pacific coast and throughout the world.


James P. Delgado is maritime historian of the National Park Service in Washington, D.C. Author of fifteen books and more than thirty articles on California maritime history and archaeology, he is a native of San Francisco.

"[Delgado] catches the enthusiasm of those going off to sea for the first time and their naive views of what they expected to find in California. ... Filled with fascinating tidbits."—Journal of Historical Geography